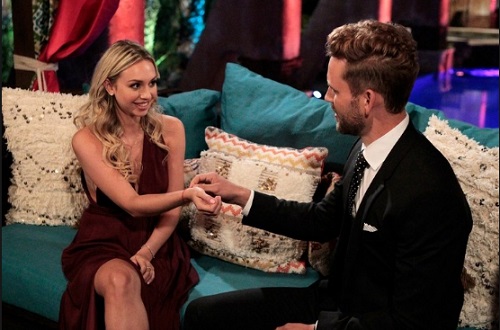 ‘The Bachelor’ Season 21 spoilers indicate that Nick Viall is wasting no time narrowing down the contestants to the final four. With over 30 women competing for Nick’s heart this season, reports indicate that Nick has already found his one true love. But, of course, fans can’t help but wonder if this time the love is for real.  And, does Nick really plan on getting married or is it all an act?

So far Vanessa has been a fan favorite. Rachel won the first impression rose while Raven has managed to win viewers over with her small town, good girl persona. Corinne, on the other hand, is this season’s villain. She was the first contestant to plant a kiss on Nick and take her top off. By the third episode, she straddled Nick with a barely-there bikini inside a bounce house. Despite all of Corinne’s aggressive advances, spoilers indicate that Vanessa Grimaldi is this season’s ultimate winner. 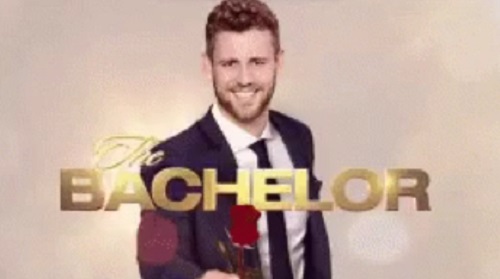 Yet, previous reports indicate that Nick Viall is not even interested in getting married. Insiders believe that Nick only agreed to joining the show to help give his acting and modeling career a boost. By being this season’s Bachelor, Nick has managed to generate publicity and keep his name in the headlines. Many say that Nick is hoping to stay in Hollywood once the show is over and is even looking forward to joining the cast of ‘Dancing With The Stars’ and other projects he has in the pipeline.

For fans though, they can’t help but wonder if Vanessa Grimaldi will stick around for very long. After all, Vanessa herself mentioned during the first episode that she didn’t come all the way from Montreal for nothing. She wants to go home with an engagement ring and it’s up to Nick to make it happen for her.

Tell us, who do you think should be Nick Viall’s ultimate pick? While many fans believe that he is definitely attracted to Corinne, others believe Vanessa is the one contestant who is most suited for him. However, Nick Viall could shock everyone and announce at the final rose ceremony that he isn’t ready to commit to one woman and get married.  Maybe there is no final rose winner.

‘The Bachelor’ airs every Monday at 8 p.m. EST on the ABC Network. Let us know what you think by dropping us a line in our comments section below.

Also, don’t forget to check back with CDL for all the latest news and updates on ‘The Bachelor’ 2017 spoilers right here! 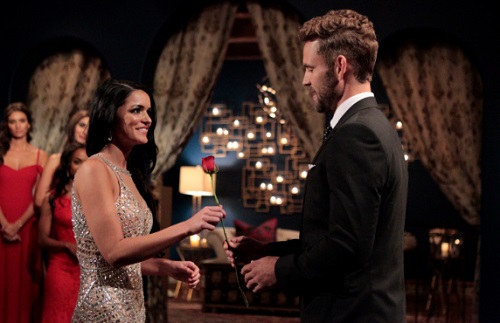 It’s Corinne vs. Everyone this week, and you CAN’T miss it. #TheBachelor pic.twitter.com/A2mr3EsIxC