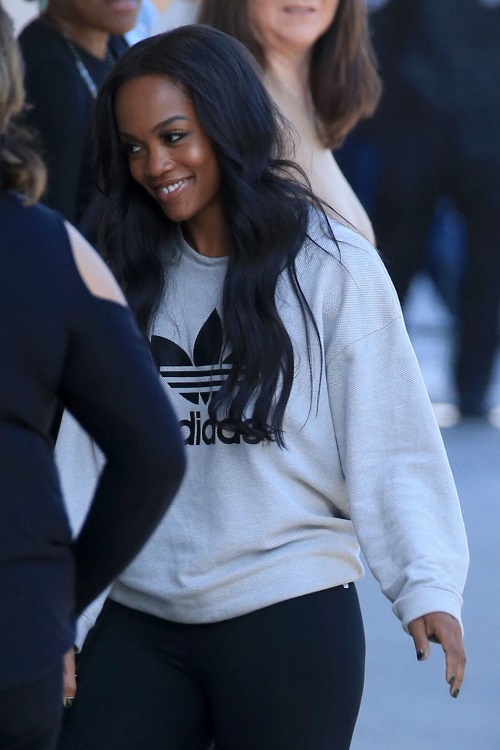 The Bachelorette spoilers reveal that Rachel Lindsay has made her big Season 13 debut. ABC’s hit reality TV dating show The Bachelorette finally has its first black lead after how many seasons. Rachel Lindsay already confirmed last week that she’s engaged and very happy. Of course, she’s not going to reveal who the final rose winner is.

But, there have been Bachelorette spoilers about who Rachel Lindsay ends up picking in the final rose ceremony. TMZ’s photogs caught up with Rachel Lindsay at LAX to check out her engagement ring.

Here’s a shocker for you. Fans would assume that The Bachelor/The Bachelorette would hunker down a lot of cash for a huge rock, after all some of the Neil Lane rings in the past have been over the top. But, Rachel Lindsay’s engagement ring is practically microscopic. It’s hard to see the rock on her finger. That is, unless she’s hiding it from the cameras. Rachel Lindsay was practically glowing at the airport. 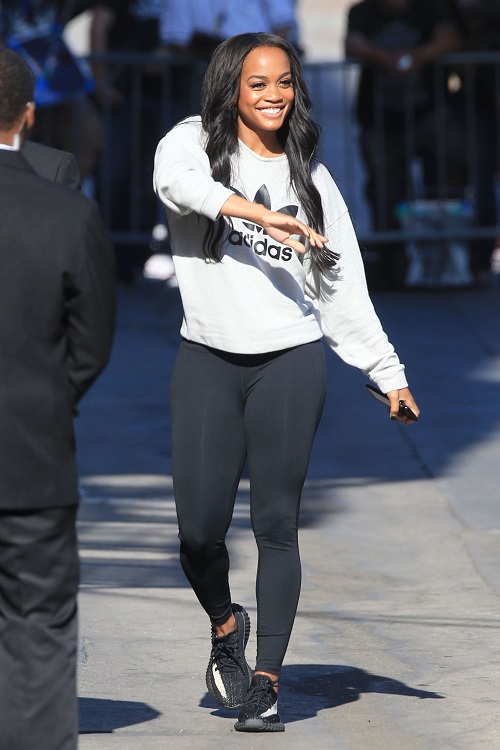 She was spotted wearing only a piece of silver metal around her wedding finger. Rachel Lindsay could hardly explain why she doesn’t have a rock yet. But, she told TMZ’s photogs that she was not wearing the ring. She’s probably not allowed to wear an actual engagement ring until The Bachelorette wraps up. How awkward for her. Rachel Lindsay’s journey on The Bachelorette just ended, but it’s just beginning for viewers.

The 31-year-old assures everyone that she has finally found Mr. Right. During her appearance on The Jimmy Kimmel Show on Monday night, she opened up about the romance she finally found on the show. She confirmed that she and the lucky mystery man are engaged and are in love. Rachel Lindsay said that she doesn’t see a breakup in sight. Everyone knows that couples from The Bachelor/The Bachelorette are destined to split at some point.

This is also the first time that a Bachelorette or Bachelor has started the season by telling the media that she/he is already engaged.  She told Jimmy Kimmel that this season is a “season of firsts.” 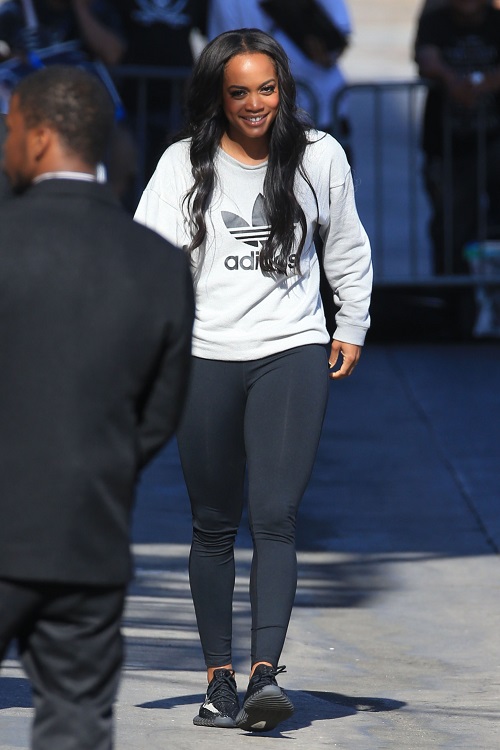 The producers noticed how much Rachel Lindsay has been glowing, so they told her to confirm the news of her engagement. Though the show has just finished filming 10 days ago, Rachel Lindsay said that her and her suitor “had a couple of days together” after he proposed.

Now, they’ll be kept apart until after the season finale – which is difficult for the couples. Since Rachel Lindsay is a lawyer, she knows the importance of keeping confidentiality. She joked to Jimmy Kimmel that she felt like she was prepared for this. She’s only worried about her family spilling the beans to the press before her.

Who do you think is the Bachelorette winner?  Share your thoughts in the comments below and check back with CDL for more The Bachelorette spoilers and news.

But really, this looks like it’s going to be THE MOST DRAMATIC SEASON EVER!! 😮😮 #TheBachelorette pic.twitter.com/kJlfhRewil