The Bold and the Beautiful Spoilers: Friday, April 7 – Sally Stunned by Baby Bomb 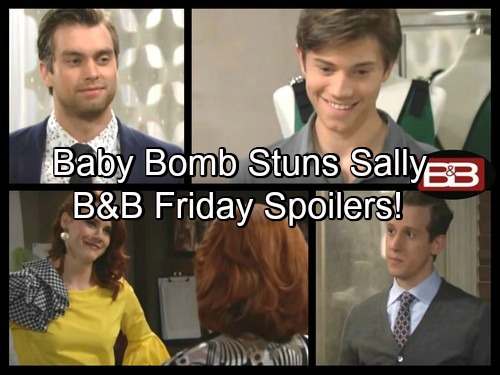 The Bold and the Beautiful (B&B) spoilers for Friday, April 7, tease that Thomas (Pierson Fode) and RJ (Anthony Turpel) will bond over their love lives. They’ll share a brotherly moment as they talk about Sally (Courtney Hope) and Coco (Courtney Grosbeck). Thomas will suggest that they have something in common. They’re both under that Spectra spell.

RJ will grin and agree that there must be something in those genes. He’s hoping that his romance with Coco will continue to bloom. Thomas is also excited where his relationship with Sally is headed. Things are starting to get serious, but Thomas has left Sally out of the loop on some crucial information. 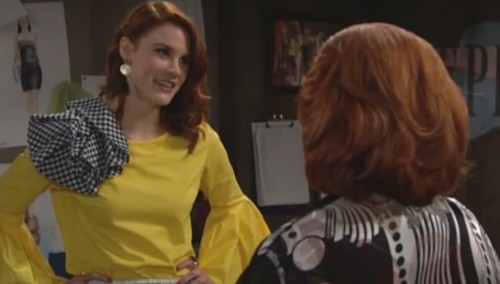 At Spectra Fashions, Saul (Alex Wyse) will drop a bomb on Sally. He’ll announce that Thomas has a baby. The Bold and the Beautiful spoilers say Sally won’t believe it at first. She’ll argue that Saul doesn’t know what he’s talking about. Sally will think Thomas would’ve told her if it were true.

Shirley (Patrika Darbo) will quickly point out that Saul has his facts straight. She’ll note that Thomas has a child with Caroline (Linsey Godfrey) and was pursuing a future with her not too long ago. Shirley might contend that Thomas enjoys the chase just like Ridge (Thorsten Kaye). She may insist that the Forrester men get bored with their leading ladies far too easily. 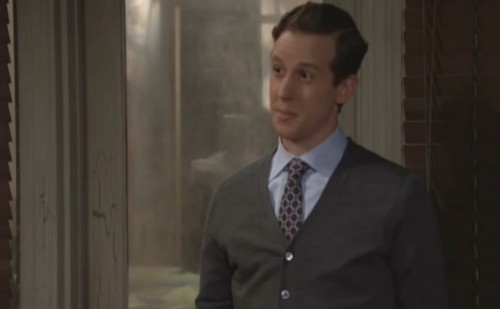 B&B spoilers say Shirley will refer to Sally as Thomas’ flavor of the month. She’ll believe Sally should put an end to this before Thomas really has a chance to hurt her. Of course, Shirley is mainly concerned about the company. She realizes Sally’s relationship with Thomas poses a threat to their plan.

Sally will process the baby news before she meets with Thomas. She’ll probably confront him about keeping secrets from her. Thomas might counter that he didn’t want to scare Sally off. Besides, he had to be certain this was going somewhere. 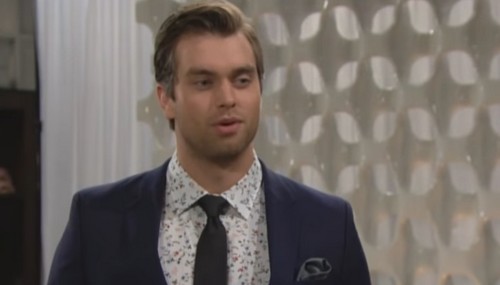 Now that his feelings for Sally are growing, Thomas will be completely honest. He’ll assure Sally that he wants her to be part of his life. Unfortunately, Sally is about to break Thomas’ heart. In the meantime, Darlita (Danube Hermosillo) will get a shock when she views the spy camera feed. She’ll wonder what she should do about the surprise she witnesses.