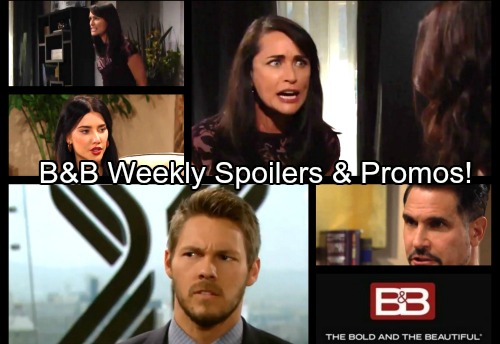 The Bold and the Beautiful (B&B) spoilers for the week of October 16-20 tease that Steffy (Jacqueline MacInnes Wood) will be hard at work. She’ll continue her efforts to ease the tension between Liam (Scott Clifton) and Bill (Don Diamont), but the Spencer stubbornness will get in the way. Steffy will fear that this war will go too far, especially since Bill just lost Brooke (Katherine Kelly Lang).

B&B spoilers say Steffy will form a plan to put the feud to rest for good. She’ll start by urging Bill to take some responsibility. Steffy will think Liam might appreciate it if Bill focused on admitting his guilt and vowing to make changes. However, she’ll only agree to help on one condition. Perhaps Steffy will suggest that Bill has to back down on the whole revenge thing.

Bill might argue that he can go along with that, but Liam will have to compromise as well. Since we all know Liam won’t budge, the conflict will get even worse. The Bold and the Beautiful spoilers say Bill will decide to take matters into his own hands. If Liam won’t give him back the company, Bill will have to find a more sinister path to the throne. 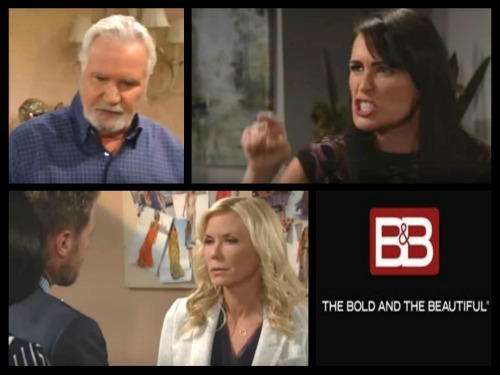 Meanwhile, another battle will heat up. The Bold and the Beautiful spoilers reveal that Quinn (Rena Sofer) will rip into Katie (Heather Tom) with everything she’s got. She’ll snarl that she knew Wyatt (Darin Brooks) was lonely, but she didn’t think he was desperate. Quinn will think her son can do far better than Katie (Heather Tom), but Wyatt will quickly defend his main squeeze.

The Bold and the Beautiful spoilers say Katie and Quinn will get into a bedroom brawl. Wyatt will have to break up the physical fight, but the verbal bashing won’t end there. When Quinn gets nasty, Wyatt will remind her that he’s an adult who can make his own choices.

Unfortunately, Quinn just won’t be able to butt out. She’ll order Katie to stay away from Wyatt or else. This rivalry is reigniting, but let’s hope Quinn won’t get too distracted. Sheila (Kimberlin Brown) will certainly keep her eye on the prize, so Quinn needs to be careful. We’ll give you updates as other B&B news comes in. Stick with the CBS soap and don’t forget to check CDL often for the latest Bold and the Beautiful spoilers, updates and news.