The Bold and the Beautiful Spoilers: Steffy and Bill Desperately Search Crumbling Building for Liam and Sally 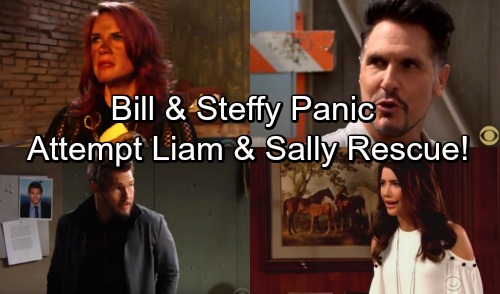 The Bold and the Beautiful (B&B) spoilers tease that Bill (Don Diamont) will have a moment of pure terror. He’ll demolish the Spectra building with a push of a button, but it won’t turn out like he hoped. Bill wanted to enjoy the satisfaction of destroying Spectra and preparing for his skyscraper. Instead, he’ll worry that Liam (Scott Clifton) and Sally (Courtney Hope) could be dead.

Once Steffy’s (Jaqueline MacInnes Wood) in the loop, she’ll panic over the possibility of losing Liam for good. The Bold and the Beautiful spoilers say Bill and Steffy will eventually rush toward what’s left of the building. They’ll put their own lives on the line as they search the crumbling structure.

B&B fans can expect extreme guilt for Bill throughout all of this. He’ll hate the idea of losing an important member of the Spencer family. Although Bill doesn’t like Sally, he certainly wouldn’t wish death on her either.

Bill will assure Steffy that he didn’t know Liam and Sally were still inside. He never would’ve given the green light if he thought they were in grave danger. Steffy will just want to focus on the task at hand. She’ll help Bill comb through the rubble as they pray for a miracle. 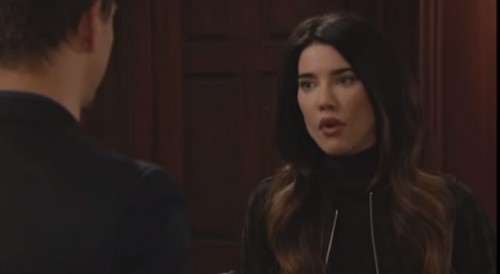 Meanwhile, Liam and Sally will go through a harrowing ordeal. They’ll bond when they suspect that the end is near. The Bold and the Beautiful spoilers say we’ll see a new level of closeness between them. Sally and Liam will connect in a way they didn’t see coming.

Likewise, this experience will bring Steffy and Bill even closer. Their fierce determination will unite them in the face of adversity. Steffy may not be thrilled that Bill was careless enough to almost blow up his son. However, it looks like she’ll mostly blame Liam when this crisis is over. After all, Liam knew the risks of a sit-in on demolition day.

B&B seems to be pulling two new couples together, so things are about to heat up. We’ll give you updates as other news comes in. Stay tuned to the CBS soap and don’t forget to check CDL often for the latest Bold and the Beautiful spoilers, updates and news.