The Bold and the Beautiful Spoilers: Thomas Fired, Joins Spectra’s Fight for Fashion Domination – Steffy and Sally Go to War

BY Heather Hughes on May 12, 2017 | Comments: 37 comments
Related : Soap Opera, Spoiler, Television, The Bold and the Beautiful 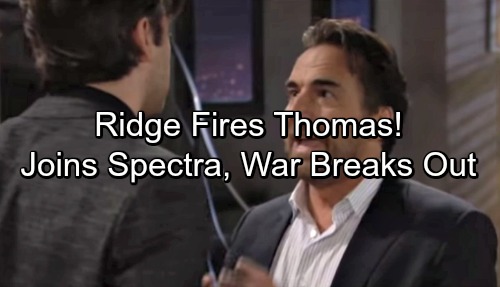 The Bold and the Beautiful (B&B) spoilers tease that Steffy (Jacqueline MacInnes Wood) will get updates on Spectra Fashions’ revival. She understood why Thomas (Pierson Fode) wanted Sally (Courtney Hope) to know the truth. Even Steffy believed they owed Sally that. Bill’s (Don Diamont) sabotage was a low blow and he deserved to be held accountable.

However, Steffy won’t like the idea of Thomas breathing new life into Spectra. She can respect Thomas’ decision to love Sally, but she won’t let him hurt their bottom line. The Bold and the Beautiful spoilers say Steffy will worry about the future of her family’s company. She’ll believe Sally could cause more issues if she’s given the opportunity. 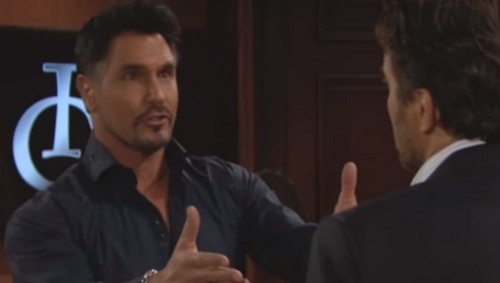 Since Sally has Thomas wrapped around her little finger, Steffy will fear that this could spell trouble. She’ll argue that Thomas is letting Sally pull the wool over his eyes. Even if Sally plays by the rules, Steffy will contend that the enemy can never be trusted. She’ll feel like she’ll always have to be on guard.

Ridge (Thorsten Kaye) will back Steffy up on this. He’ll won’t allow Thomas to cozy up to a criminal who targeted their family. B&B spoilers state that Ridge will kick Thomas to the curb. Thomas will be surprised by his firing, but at least he’s got somewhere to go. Sally could certainly use some help as she rebuilds her brand. 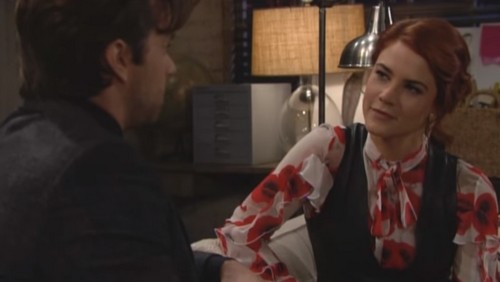 Meanwhile, Steffy will fume over Sally’s grip on Thomas. She’ll determine that she can’t stand by and let Sally dominate the fashion world. The Bold and the Beautiful spoilers hint that this means war! Steffy will prepare for some intense battles with her rival. She’ll hold nothing back in this fierce fight.

Things could get pretty nasty as this showdown heats up. Sally has turned over a new leaf, but she may not let herself get pushed around. Her loyalty lies with Thomas, not Steffy. In fact, Thomas might suggest that they should take down the Forresters together. He may want revenge for the way he’s been treated by his family.

Are you excited to see this how hot storyline play out? Are you rooting for Forrester Creations or Spectra Fashions? It sounds like some great drama is coming up. We’ll keep you posted as other news comes in. Stay tuned to B&B and don’t forget to check CDL often for the latest Bold and the Beautiful spoilers, updates and news. Come and join the conversation on our Bold and Beautiful Facebook Group!