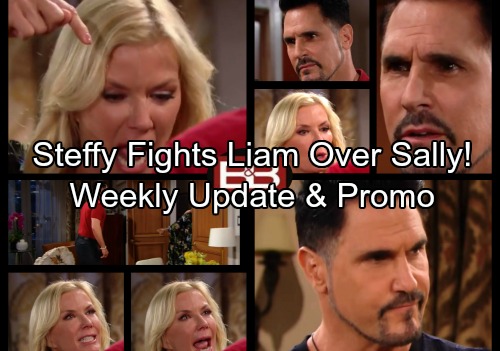 The Bold and the Beautiful (B&B) spoilers  updates for the week of September 18-22 tease that Bill (Don Diamont) will be at his lowest. His life is falling apart and it’s his own fault. Bill will manage to stop Brooke (Katherine Kelly Lang) from storming out, but she’s not sticking around to make up with him. Brooke plans to unleash her wrath before she leaves Bill to suffer.

Bill will once again acknowledge his mistakes and express regret. However, Brooke just won’t think Bill is taking any of this seriously. He committed arson and punched his own son in the face. Bill’s more concerned about his precious company than the lives of other human beings. 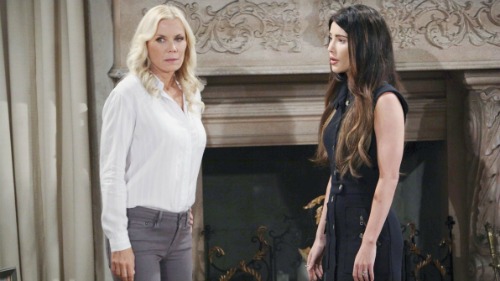 The Bold and the Beautiful spoilers say Brooke will become truly enraged over Bill’s excuses and lack of morals. B&B’s weekly promo shows Brooke shouting, “When do I stand up and say enough is enough?!” Brooke will snarl that there are going to be consequences. She’ll head for the door as Bill calls out after her.

Unfortunately, there’s no chance Bill will make any progress right now. Brooke hasn’t been this furious in a long time! Katherine Kelly Lang will definitely be bringing her A-game. Later, Brooke will visit Liam at Spencer Publications. She’ll want him to know that she thinks Bill’s behavior was despicable. 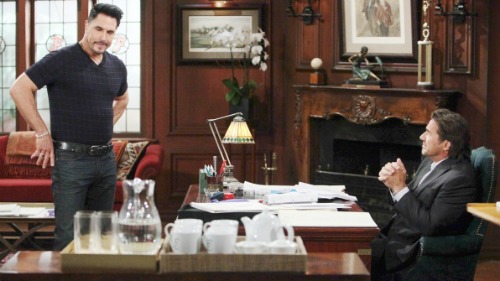 Liam will state that his father is a criminal. He’s accepted that Bill is never going to change and that’s why he took over the company. The Bold and the Beautiful spoilers reveal that Liam will call for some shakeups this week. He’ll insist that there’s a new sheriff in town.

Liam is committed to doing things the right way, but he needs to be careful. He’s obviously drunk on power and that’s never a good thing. Liam could get too comfy on the throne. He just might miss the warning signs of Bill’s inevitable revenge. 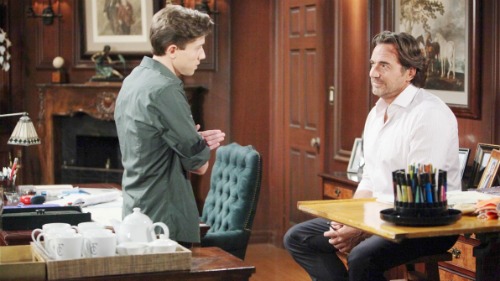 Steffy (Jacqueline MacInnes Wood) will do her best to settle the conflict, but more trouble is brewing. Liam’s decisions won’t go over well with his wife. They’ll face some hostility of their own by the end of the week.

It sounds like plenty of excitement is in the works. We’ll give you updates as other B&B news comes in. Stay tuned to the CBS soap and don’t forget to check CDL often for the latest Bold and the Beautiful spoilers, updates and news.