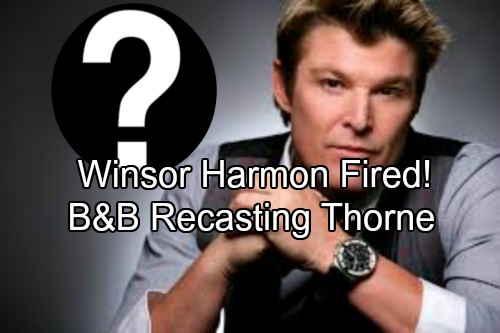 The Bold and the Beautiful (B&B) spoilers reveal a shocking recast announcement. Winsor Harmon posted to Twitter to announce that he will no longer play Thorne Forrester on the CBS soap opera. Although Winsor got fired he wished the new actor and B&B success in the future.

“Just spoke with Brad Bell and at this time he’s decided to RECAST THORNE,” Harmon tweeted. “I wish the new actor and the show continued success.” 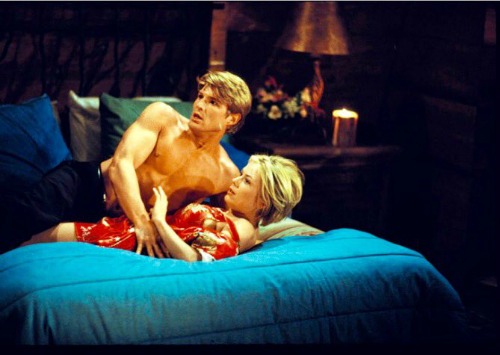 Winsor Harmon has played Thorne for 21 years on The Bold and the Beautiful. He debuted in 1996 and had appeared here and there the past few years. He was last seen last October for Eric’s wedding to Quinn Fuller (Rena Sofer). Hearing about Quinn’s checkered past, he returned from Paris to stand with the Forrester family to boycott Eric Forrester’s (John McCook) wedding. He felt awful for betraying Eric after he collapsed with a brain hemorrhage.

Thorne made it up to Eric by standing by his side in the hospital until he was well enough to go home. B&B spoilers stated that Thorne pushed Ridge Forrester (Thorsten Kaye) to “do the right thing” and let Quinn see Eric. It was clear he had a change of heart about Quinn’s influence on Eric. He decided that his feelings about Quinn didn’t matter—only Eric’s feelings about her.

Just spoke with Brad Bell and at this time he’s decided to RECAST THORNE. I wish the new actor and the show continued success.