The Walking Dead Season 8 Spoilers: Titles and Synopses for Episodes 4-8 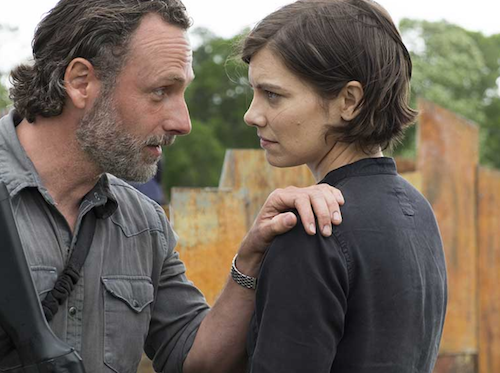 The Walking Dead Season 8 spoilers reveal that the titles and synopses for episodes 4 to 8 have been released. What can fans expect to happen in the next few weeks? Keep reading to get an idea of what is coming up on the ZA series.

Episode 4 is titled “Some Guy.” As seen in the second episode, Rick Grimes (Andrew Lincoln,) Daryl Dixon (Norman Reedus) and Morgan Jones (Lennie James) went to retrieve some dangerous weapons at the Sanctuary. In the synopsis for episode 4, the Saviors will gain an edge when they get access to a new weapon.

“A new weapon in the Savior arsenal proves to be a giant hurdle as fighting continues between Rick’s forces and those of the Saviors.” 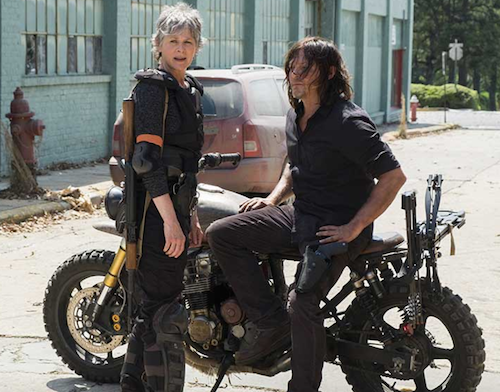 The Walking Dead Season 8 spoilers reveal that “Big Scary U” is the title of episode 5. The synopsis teases that someone familiar will give fans a close look at Negan (Jeffrey Dean Morgan) and the Saviors. Most likely, this will either be Dwight (Austin Amelio) or Eugene Porter (Josh McDermitt.)

Alexandria makes some major progress in “The King, the Widow and Rick.” However, there is a big fight at Hilltop Colony. It could result in one character dying. There is a prediction that this is when Maggie Rhee (Lauren Cohen) finally kills Gregory (Xander Berkeley.)

“With things looking up for Rick and the group, an argument breaks out at the Hilltop; the consequences of the decision are life versus death.”

No title was released for this episode yet. However, the synopsis suggests that Rick’s group continues with their plan. The Walking Dead Season 8 spoilers indicate Negan takes a hit when there is a “huge issue” with the Sanctuary. We are going to guess that defenses are probably down. Considering they are in the middle of a war, that would give Alexandria another opening to up the score.

This one also doesn’t have a title yet, but there is a synopsis. It sounds like “All Out War” might come to an end. However, don’t expect Negan to be killed. Those that read the comic books have a good idea of what happens next. The tables will be turned, and Negan will be the one who is made a prisoner.

“Every story and battle from the first half of the season comes crashing together in this action-packed, emotional midseason finale.”

Keep watching the AMC series and check back with CDL for the latest in The Walking Dead Season 8 spoilers, updates and news.