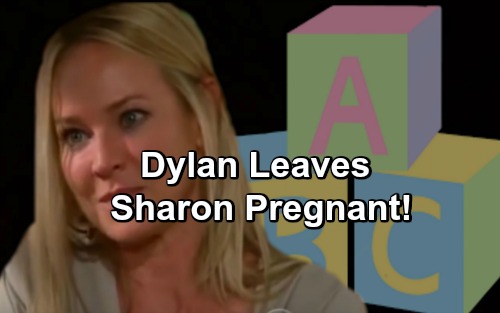 The Young and the Restless (Y&R) spoilers reveal that doomed officer Dylan McAvoy (Steve Burton) will leave behind a shocking secret when he bugs out on a daredevil mission during his final month on Y&R.

A wild new The Young and the Restless spoilers report claims that ill-fated Dylan left his wife Sharon (Sharon Case) a teeny tiny memento of their love before going undercover. How will crazy, unstable Sharon react when she discovers the fateful news? If karma is a bear, then disreputable Sharon is about to get bit big time!

Dylan is a heroic, tragic figure. He came to town as a soldier with PTSD which got a lot worse before it got better. First, he married Chelsea Lawson (Melissa Clair Egan) under the impression that the baby she was carrying was his. 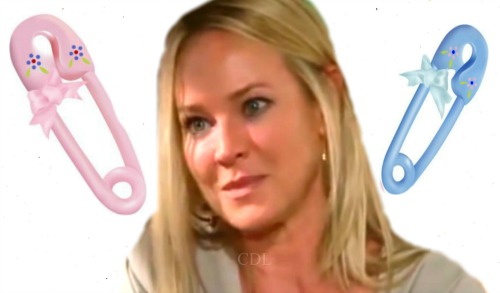 But when the real baby daddy’s identity was revealed, poor Dylan couldn’t handle the truth and ran off with the fragile infant. Everyone feared the worst because it was clear that Dylan was still unhinged from his Gulf War experience. In particular, Dylan was especially scarred because he was unable to save a child from becoming a wartime casualty.

What would the unstable Dylan do on the run with an innocent baby while having flashbacks about a dead child? It didn’t look good, but Dylan and the baby were eventually found and Sharon’s love ultimately brought Dylan back from the brink.

Until an epic case of deja vu reared its ugly head and Dylan discovered that he’s a false baby-daddy for a second time! Really, what are the odds of that; let’s hope he left Sharon a lottery ticket before going undercover! 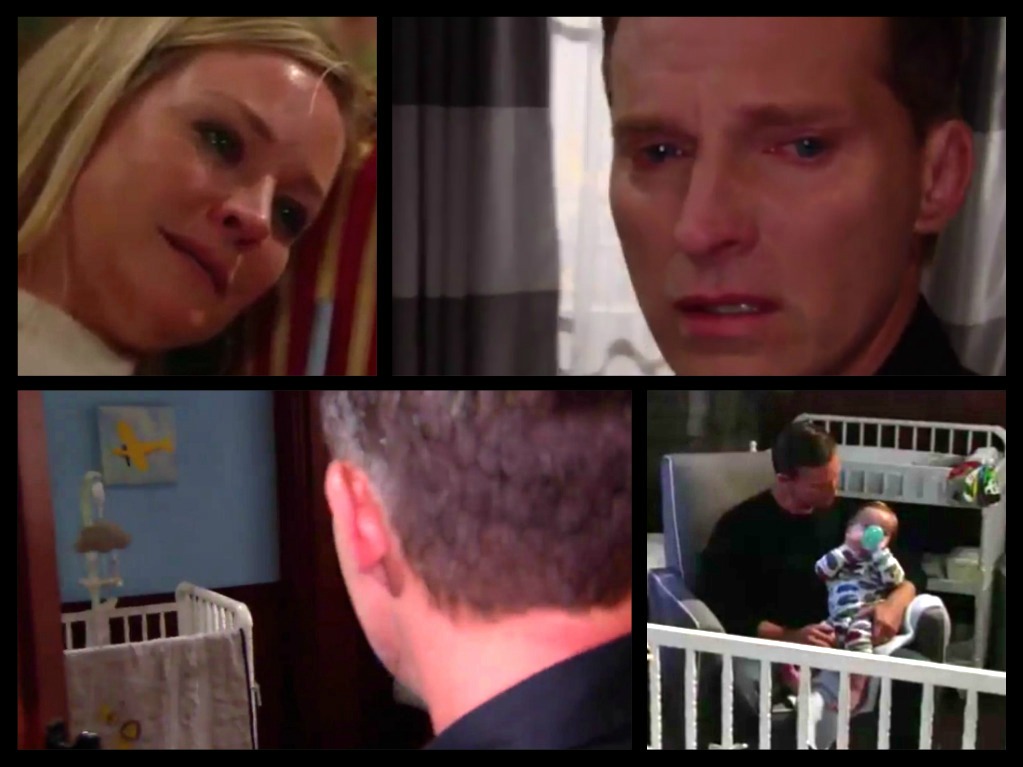 When it was revealed that snaky Sharon duped him about baby Sully/Christian being his own, Dylan seemed to take the news exceptionally well. But cracks in his stoic façade began to appear and before you knew it Sharon caught her hubby cradling a pretend baby in his empty arms! Uh-oh, Sharon wrote the book on crazy, so she knew this couldn’t end well.

Now Dylan is headed off on a super stealth police operation, and Sharon senses he may not come back alive. Worse yet, she fears that Dylan has lost the will to live through the tragic circumstances she created. 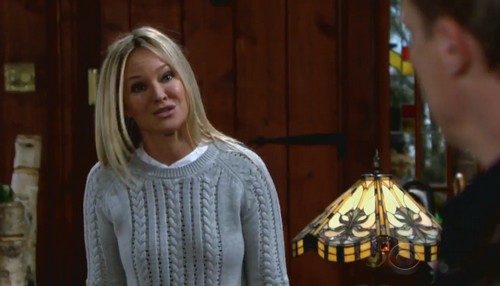 Since Steve Burton is leaving Y&R, we can assume it will be a long time, if ever, before Dylan returns to his Genoa City home. But for Sharon, what should have been a period of proper mourning will be complicated by a shock pregnancy!

If Y&R buzz is correct, Sharon must live with the disastrous consequences of knowing that the outrageous baby lie she fed Dylan is what led to his despairing acceptance of a dangerous mission. The cruel irony of learning that she’s finally pregnant with Dylan’s child will rock Sharon to her very core and lead her to more explosive behavior!

Stay tuned to The Young and the Restless and don’t forget to check CDL often for the latest Y&R spoilers, updates and news! Come and join in the LIVE discussion on our Facebook Page!

TODAY ON #YR: Dylan takes on a new challenge, while Devon fights for his life! @CBSDaytime pic.twitter.com/xVlJB0iysP