The Young and the Restless: Disasters Brings Newman Family To Their Knees – Genoa City Power Players in Panic Mode

BY Heather Hughes on November 1, 2017 | Comments: one comment
Related : Soap Opera, Spoiler, Television, The Young and the Restless 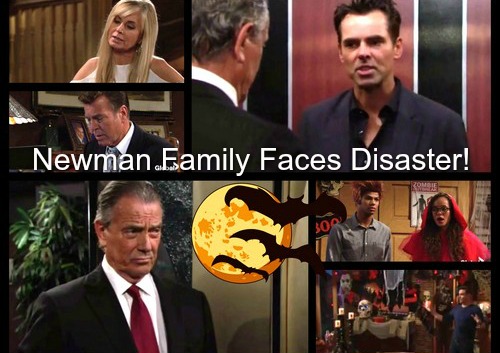 The Young and the Restless (Y&R) spoilers tease that one powerful family will officially be in panic mode. The Newmans are known as an influential clan around town, but everything they’ve worked for could be in jeopardy soon. Almost every Newman will be hit with a crisis or two. Here are five Newman disasters that Y&R fans won’t want to miss.

This one should be obvious after that shocking blaze at The Underground. Nick (Joshua Morrow) will undoubtedly assume he’s responsible at first, so that should make the situation even tougher. On top of Nick’s guilt, he’ll have to deal with a destroyed business. Since he just gave away all his wealth, this could create quite a predicament for Nick. He’ll have his hands full as he tries to figure everything out. 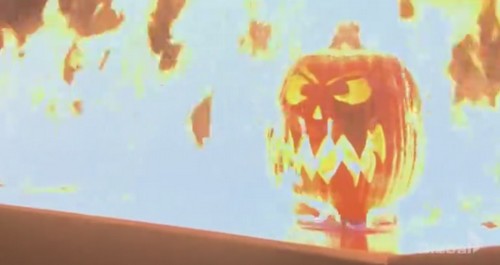 Nick’s dilemma will have a ripple effect. The fire will also affect Noah (Robert Adamson), who’s been trying to fulfill his dream of expanding The Underground. He wants more locations, but he may worry once their flagship is a pile of burned rubble. Will Noah have to head down a path he didn’t want to take? Noah could easily end up back at Newman, but that’s definitely not his ideal job.

It’s clear that the Brash and Sassy chaos is going to get worse before it gets better. Victoria (Amelia Heinle) intends to sink her own money into the company to keep it afloat. Will that plan hit a snag? Is it time to let Daddy bail her out? Victor would happily buy Brash and Sassy back, but admitting defeat would be a devastating blow for Victoria. B&S is her baby and she won’t want to give up control. 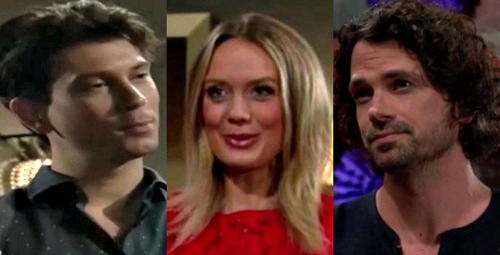 The great Victor Newman isn’t immune to a terrible crisis. The Young and the Restless spoilers state that Zack’s (Ryan Ashton) exposure could have serious consequences for Newman Enterprises. Victor will scramble to save his corporation and his legacy. Fortunately, the aforementioned disasters could work in Victor’s favor. He might get Victoria, Noah and even Nick to step up at Newman eventually.

Naturally, Abby (Melissa Ordway) will get burned by the the sex ring scandal as well. She’s been working closely with Zack, so she’ll feel horrible about getting duped and missing the warning signs. To make matters worse, Abby was sleeping with this scum! The stress and heartbreak will certainly leave Abby in a dark place.