The Young and the Restless Spoilers: Are You Happy Kevin is Bella’s Real Dad? 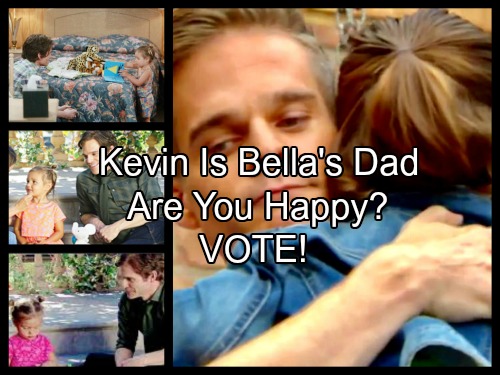 The Young and the Restless (Y&R) spoilers reveal that Kevin Fisher (Greg Rikaart) is the father of little sweet Bella (Cali May Kinder). So now our question to you is, are you happy that Kevin is the father? Recently on Y&R we all saw a very touching scene between Kevin and little Bella after her mother Chloe Mitchell (Elizabeth Hendrickson) went on the run. Kevin sat Bella down and tried to explain things to her the best that he could, especially for a child that age. That’s when it was that The Young and the Restless writers won fans over and everyone saw that he would be a great father to her.

Y&R’s Billy Abbott (Jason Thompson) could have been the dad as well, but he did not actually know Bella or spend time with her like Kevin has. So that would have been hard on the sweet precious child putting her with someone that’s basically a stranger to her. Although, Billy has been a pretty good dad to his children he shares with Victoria Newman (Amelia Heinle) it still is great that it came out to be that Kevin is the father. 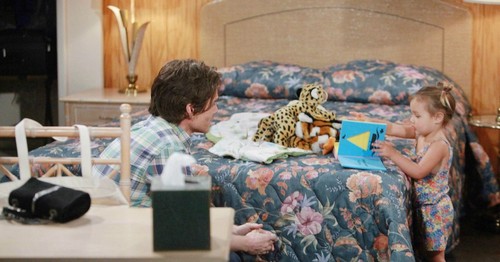 The Young and the Restless has been known to leave storylines hanging, but this time they actually followed through. Even though it did take about a year or so we finally got the reveal we have all been waiting for. Some are more surprised than others being that everyone thought Bella looked like little Delia (Sophie Pollono), so they were sure that she belonged to Billy Abbott. Chloe did steal Billy’s sperm, but she also slept with Kevin. 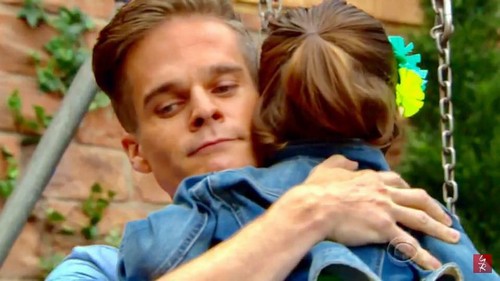 Buzz amongst The Young and the Restless viewers is that Kevin really deserves a chance at being a father and we have no doubts that he will make a great one. He knows Bella better than anyone else, besides Chloe. So Y&R really seems to have gotten it right this time. Do you fans agree? Are you happy that Kevin Fisher is the father of little sweet Bella? Please take a vote in our poll and let us know how you feel on the matter. Don’t forget to check often with CDL for all your latest The Young and the Restless spoilers, news, updates, and much more. Please come and join in the LIVE discussion on our Facebook Page!