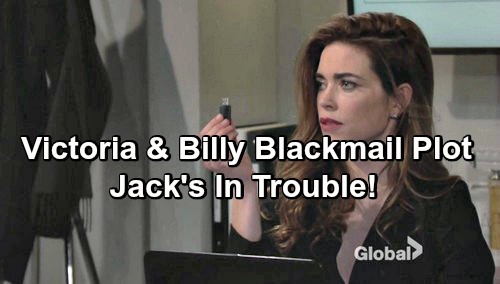 The Young and the Restless (Y&R) spoilers tease that Billy (Jason Thompson) will be furious over Jack’s (Peter Bergman) latest move. It’s clear that the battle between these brothers is far from over. Jack intends on swooping in and stealing the professional hockey league account. He doesn’t want to let Billy get ahead at Brash and Sassy.

Luckily, Victoria (Ameila Heinle) may find a way to keep Jack under control. The Young and the Restless spoilers say Victoria will make a shocking discovery. It seems she’ll find out something important during her next trip to GC Buzz. Mariah (Camryn Grimes) will be working on her computer when Victoria approaches her. As Victoria glances over, she’ll be stunned by one scrapped scandal. 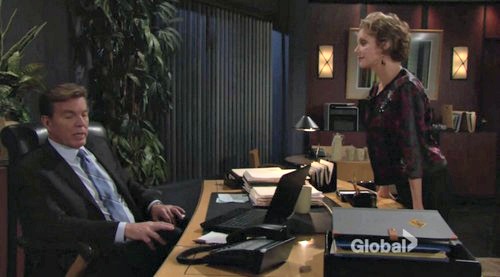 Y&R fans will recall that Gloria (Judith Chapman) tried to accuse Jack of sexual harassment on the show. She taped her anonymous claims and was fully prepared to out Jack as a predator. Hilary (Mishael Morgan) killed the story, but the file remains. This mess will definitely come back to haunt Jack.

Victoria will manage to swipe the file so Billy can take a look at it. The Young and the Restless spoilers state that Billy will be just as surprised by this crucial news. They’ll figure out that Gloria and Jack must be hooking up. Victoria will suggest that this little nugget could be used to their advantage. 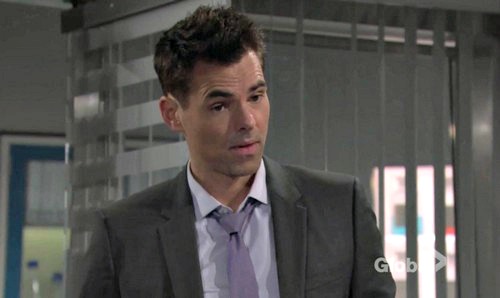 It sounds like a Brash and Sassy blackmail plot is officially in the works. If Jack dares to take his rival’s business or push Billy’s buttons in any way, he’ll face a huge bombshell. Victoria and Billy will believe this is great ammunition. Jack would obviously like to keep this information under wraps.

Of course, there’s always a chance this tidbit could end up in the hands of someone else. Even Ashley (Eileen Davidson) could use it against Jack if she learns the truth. Neil (Kristoff St. John) might get involved as well. Things could get pretty messy if people start snooping. 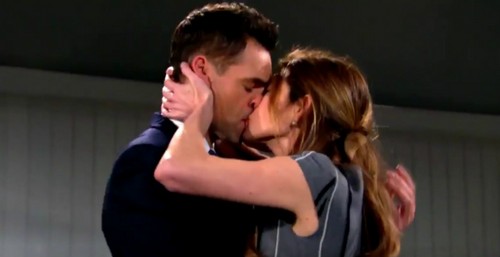 As for Gloria, she’ll do whatever she can to keep the secret. The Young and the Restless spoilers say she may have to get sneaky if she hopes to keep her career going. What kind of shady scheme could Gloria come up with? Time will tell, but you can bet she won’t go down without a fight. Gloria tends to have a few tricks up her sleeve.

A corporate war is undoubtedly looming. We’ll give you updates as other details emerge. Stay tuned to Y&R and don’t forget to check CDL often for the latest Young and the Restless spoilers, updates and news. Come and join in the LIVE discussion on our Facebook Page!

Fun Flings heat up next week on #YR! pic.twitter.com/yqiQ8BKuFX