The Young and the Restless Spoilers: Chloe’s Secrets Bring Trouble – Exposure Sends Her Running or Leaves Her Dead? 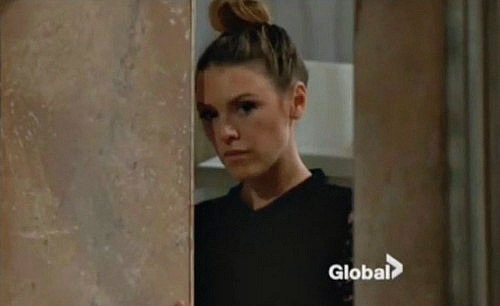 The Young and the Restless (Y&R) spoilers tease that Chloe (Elizabeth Hendrickson) will get some big surprises pretty soon. Thanks to some wedding pictures shared from the set, we know that Chloe and Kevin (Greg Rikaart) will tie the knot down the road. Of course, that means a proposal is headed Chloe’s way.

Kevin’s trip to save Scott (Daniel Hall) truly changed him. He feels like he needs to appreciate what he values most in life. Kevin will probably decide there’s no need to waste any more time. He’s a man who knows what he wants. Kevin will undoubtedly get down on one knee and ask Chloe to make his dreams come true. 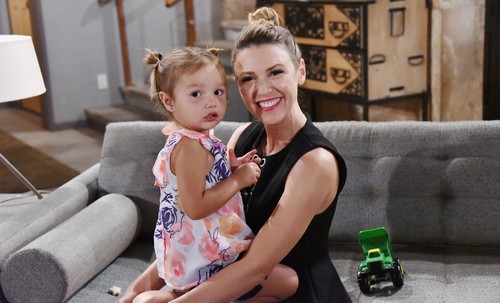 Chloe will accept and they’ll prepare for their nuptials. This could lead to some interesting storylines. Things may get complicated since we recently learned Elizabeth Hendrickson was taken off contract. What does this mean for Kevin and Chloe’s future?

It’s possible that Chloe will simply fade into the background like Marisa (Sofia Pernas) did. She could hang out on recurring or eventually exit. After a few months, Kevin could admit that they rushed into marriage and it didn’t work out. Chloe could leave town and take her secrets with her. That’s obviously the least exciting option. 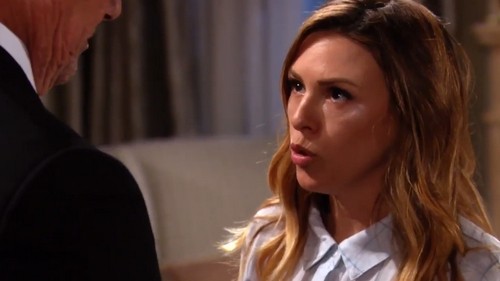 An alternative would be if The Young and the Restless blows up Chloe’s world and sends her on the run. Her secrets could be exposed and she might take off with Bella. That would give Kevin some drama to tackle. He could search for Chloe or just decide that he’s done with this liar.

Then again, The Young and the Restless doesn’t necessarily have to leave Chloe’s exit open-ended. They could kill her off for shock value if they wanted to. The stories have been fairly tame since the head writer change, so it might be fun if the show threw in something wild. 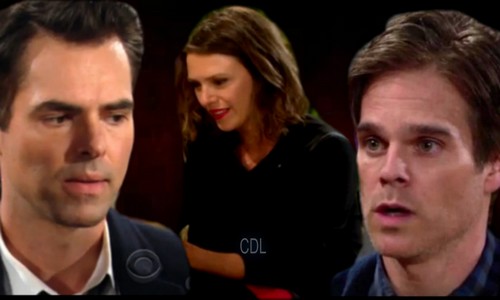 If Y&R isn’t going to use Chloe, they might as well go for a murder mystery. Even if her death was accidental, a cover-up could create some suspense. They could even go for a self-defense situation if Chloe snaps. 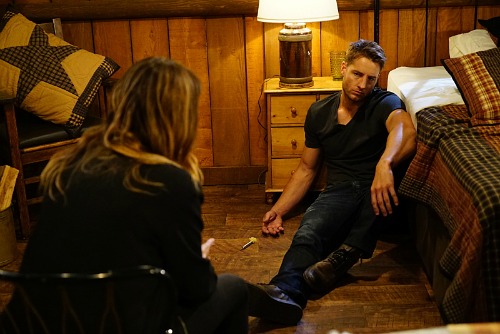 What if Chelsea (Melissa Claire Egan) found out about Chloe’s involvement in Adam’s (Justin Hartley) demise? She might confront Chloe and threaten to expose everything. If Chloe tried to stop Chelsea, their argument could turn violent. Chelsea could inadvertently kill Chloe during the struggle.

That sounds like a juicy plot! Chelsea would have to wrap her head around Chloe’s betrayal and the fact that she killed her best friend. What would you like to see next on Y&R? We’ll give you updates as other news comes in. Stay tuned and don’t forget to check CDL often for the latest Young and the Restless spoilers, updates and news. Come and join in the LIVE discussion on our Facebook Page!