BY Heather Hughes on May 19, 2017 | Comments: 4 comments
Related : Soap Opera, Spoiler, Television, The Young and the Restless 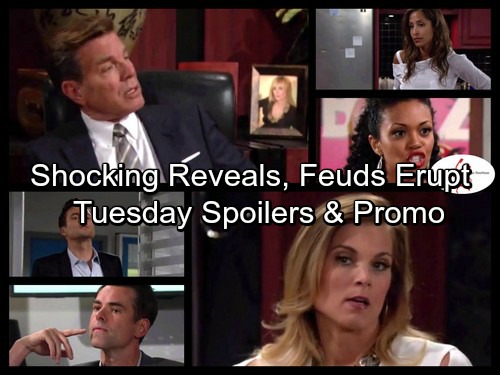 The Young and the Restless (Y&R) spoilers for Tuesday, May 23, tease that Phyllis (Gina Tognoni) will strut into Jabot with an excuse for her absence. She’ll suggest that she had a nasty virus. Jack (Peter Bergman) will reply that the weather in Los Angeles must’ve helped. It seems Phyllis wasn’t as sneaky as she thought.

Jack has other things on his mind right now, so he probably won’t care that Phyllis missed a couple days. Dina’s (Marla Adams) arrival has definitely thrown Jack for a loop. The Young and the Restless spoilers state that Jack will continue to mull over the family crisis. He’ll try to figure out if Dina really deserves any kind of respect. 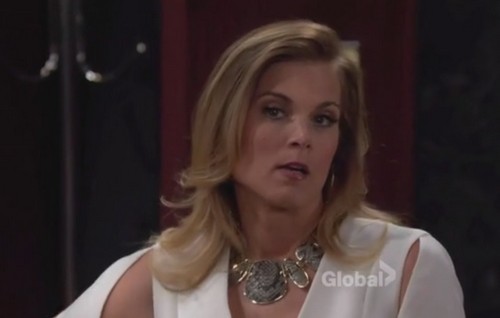 In the meantime, Hilary (Mishael Morgan) and Lily (Christel Khalil) will clash over the Hollywood shocker. Lily will mainly be concerned about the failed deal and the fate of the company. Hilary, on the other hand, will only be worried about herself. She’ll gripe about the scandalous clip aired on her show.

If there’s blowback, this could certainly affect Hilary’s career. Lily might contend that Hilary is just being selfish as usual. These two will get into a fierce confrontation over the events that unfolded. Of course, this is nothing compared to what’s coming up later this week. Hilary will soon learn Cane (Daniel Goddard) and Juliet’s (Laur Allen) secret, so that’s going to cause quite an uproar. 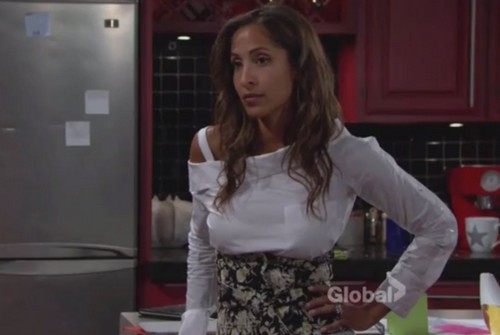 For now, Juliet will focus on what happened in California. She’ll feel like the drama is all her fault. The Young and the Restless spoilers say Juliet will apologize to Billy (Jason Thompson). She’ll note that she should’ve asked for a confirmation email, but she opted not to because of the rush.

Cane will walk in and overhear a portion of their conversation. He’ll immediately point out that Juliet isn’t to blame. Cane will insist that this is all on Billy, but Y&R fans know that’s not true. Since Cane ordered the outrageous editing, he’s the only one who’s responsible for this terrible mess.

This editing scandal will only add to Cane’s fears. He’s already been fretting over his drunken hookup. Both secrets will come back to haunt Cane soon enough. We’ll give you updates as other Y&R news comes in. Stay tuned to the CBS soap and don’t forget to check CDL often for the latest Young and the Restless spoilers, updates and news. Please come and join in the LIVE discussion on our Facebook Page!