BY Heather Hughes on April 6, 2017 | Comments: one comment
Related : Soap Opera, Spoiler, Television, The Young and the Restless 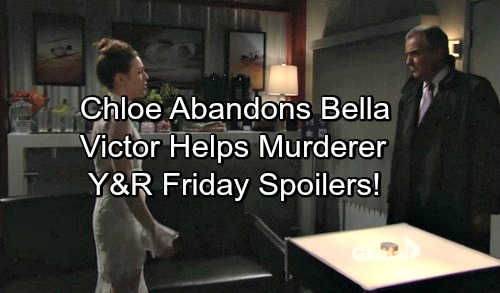 The Young and the Restless (Y&R) spoilers for Friday, April 7, tease that Kevin (Greg Rikaart) will struggle to believe the truth. After Chelsea (Melissa Claire Egan) awakens, she’ll state that Chloe (Elizabeth Hendrickson) knocked her out with a lamp. Kevin will demand to know the rest of the story, but Chelsea will believe he should hear this from Chloe.

Y&R spoilers say Kevin will find a note that Chloe left behind for him. He’ll be upset when he reads that she didn’t want him involved in her mess. Chloe will ask Esther (Kate Linder) to look after Bella (Gia Poeme). As Kevin sobs over the heartfelt letter, Michael (Christian LeBlanc) will show up to console his brother. 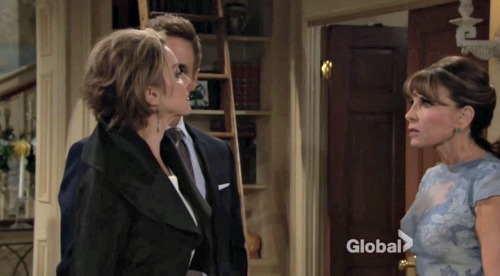 Once Kevin and Michael return downstairs, they’ll be surprised by Chelsea’s declaration. She’ll shout that they have to find that lying murderer. Kevin won’t buy the idea that Chloe killed Adam (Justin Hartley). Chelsea will recap the evidence as Kevin tries to wrap his head around all of this.

At Sharon’s (Sharon Case) house, Nick (Joshua Morrow) will decide to attend the wedding after all. When he gets in his car, he’ll receive some tracker updates. Nick will be puzzled over the news that Chloe’s driving somewhere. He’ll turn his vehicle around and attempt to catch up with her. 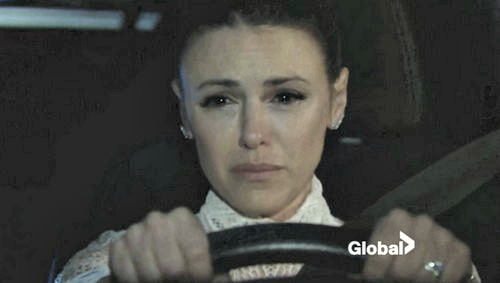 At the ranch, Victor (Eric Braeden) will get bombarded with texts and phone calls. He’ll tell Nikki (Melody Thomas Scott) that he needs to go out for a bit. The Young and the Restless spoilers say Nick will finally find Chloe at the airport. He’ll be shocked when he spots Victor leading his accomplice inside.

Back at Sharon’s place, Chelsea will arrive and ask if Nick is there. She’ll tell Sharon that Nick was right about Adam’s murder. Meanwhile, Gloria (Judith Chapman) will have a heart for once. She’ll suggest that Chloe truly cared about Kevin. Gloria will contend that Chloe simply needs help for her psychological problems. 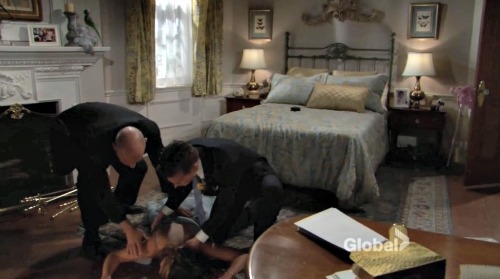 Once Paul (Doug Davidson) sends out an APB, Kevin will ask him to be careful. He’ll hope that they can get Chloe in custody safely. Scott (Daniel Hall) will talk to Paul about Chloe’s mission to kill Adam. They’ll suspect that Chloe had some assistance with her plot. Paul will plan on solving this crazy mystery.

Scott could soon have some juicy info to put in Victor’s memoir. The whole Newman family will be rocked by buried secrets. We’ll keep you posted as other Young and the Restless details emerge. Stick with Y&R and don’t forget to check CDL often for the latest Young and the Restless spoilers, updates and news. Please come and join in the LIVE discussion on our Facebook Page!

Wedding bells are ringing and the truth is exploding next week on #YR pic.twitter.com/gKLhG3bMgM