BY Heather Hughes on May 24, 2017 | Comments: one comment
Related : Soap Opera, Spoiler, Television, The Young and the Restless 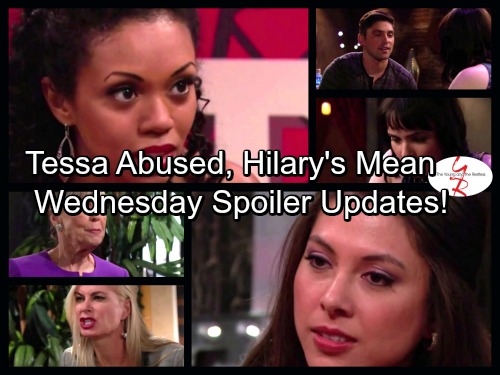 The Young and the Restless (Y&R) spoilers and updates for Wednesday, May 24, tease that Tessa (Cait Fairbanks) will face questions from Noah (Robert Adamson). It’ll take some convincing, but Tessa will eventually open up about why she’s anxious. She’ll admit that she saw a man from her past and it left her unsettled.

Y&R fans know that was Zack (Ryan Ashton), the young entrepreneur who made a deal with Abby (Melissa Ordway). Noah will wonder if their relationship involved any abuse. He’ll urge Tessa to trust him with the truth, but she’ll be hesitant to divulge more info.

Meanwhile, Hilary (Mishael Morgan) will summon Juliet (Laur Allen) to the TV studio. She’ll state that she knows about Juliet and Cane’s (Daniel Goddard) affair. Juliet will note that it was merely a one-night stand. She’ll insist that Hilary is going to keep her mouth shut if she knows what’s good for her.

Once Juliet stomps off, Hilary will check on the recording she secretly made. She’ll be pleased that she got Juliet’s entire confession on video. Across town, Abby will ask Dina (Marla Adams) why she kept her distance from the Abbotts for so many years. Dina will argue that she didn’t want infuriate Ashley (Eileen Davidson). She’ll contend that she truly wants to repair the damage she’s done. 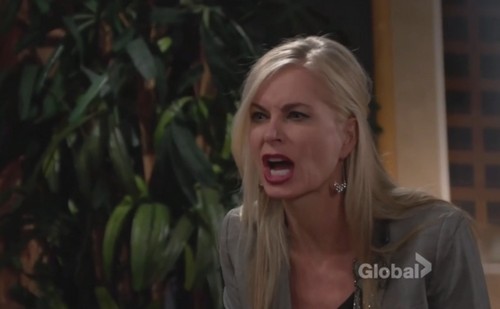 Abby will suggest that maybe it’s not too late to make a change. As Dina cries, they’ll hug it out. Later, Dina will approach Ashley once again. She’ll hope to make progress with her daughter, but Ashley will reject the idea. They’ll end up bickering about paternity coverups and hypocrisy.

After Ashley leaves in a huff, Jack (Peter Bergman) will give his mom some advice. He’ll believe Dina needs to be patient if she wants Ashley to come around. Dina will appreciate Jack’s sensitivity, but his kindness doesn’t certainly extend to Billy (Jason Thompson).

Jack will decide to stop by Brash and Sassy to cheer about Billy’s (Jason Thompson) blunder. He’ll note that Cane didn’t even have to set up Billy’s disgrace. Of course, that’s not true. Y&R viewers will recall that Cane is to blame for Billy’s misfortune and the company’s chaos. 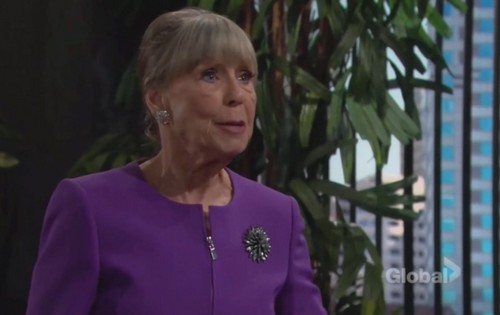 At home, The Young and the Restless spoilers say Lily (Christel Khalil) will talk to a teenage Mattie (Lexie Stevenson) about her homework. They’ll mention Charlie (Noah Alexander) and ponder where he might be. Sadly, Charlie will be busy causing major drama for Reed (Tristan Lake Leabu).

Kendall will realize that Zoey (Annalisa Cochrane) is going to meet a lacrosse player at Crimson Lights. She’ll make sure Reed shows up in time to see an intense make-out session. It turns out this lacrosse player is a rapidly-aged Charlie. Once Reed spots their kisses, he’ll make a scene and storm out.

Now that they are more teens on canvas, things could get a little crazy! We’ll give you updates as other news comes in. Stay tuned to the CBS soap and don’t forget to check CDL often for the latest Young and the Restless spoilers, updates and news.