The Young and the Restless Spoilers: Victor Engineers Nick’s Loss of Christian – But Protects Chelsea In Paternity Reveal 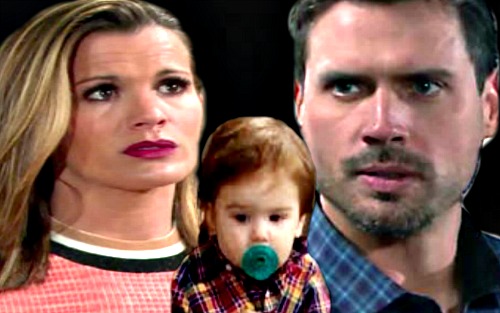 There’s a vicious battle between father and son on The Young and the Restless. The latest Newman dustup pits Victor (Eric Braeden) and against Nick (Joshua Morrow). Now that the ‘Moustache’ can’t bankrupt his son, he’ll take Christian (Jude and Ozzy McGuigen) from him instead.

As Y&R viewers know, Christian is believed to be Adam Newman’s (Justin Hartley) child. Sally Sussman advised that she wouldn’t resolve the lingering paternity secret when a character (in this case, Adam) was off-screen. So that seemed to negate this issue being addressed indefinitely.

Sally Sussman and story consultant Kay Alden “retired” from Y&R in the summer. That decision, with however it came to pass, meant that Mal Young became the this soap’s head writer. He’s remained its executive producer as well.

Young hasn’t wanted to publicly comment about the Adam character. However, hasn’t offered the same cemented comments that Sussman did about the Christian paternity issue. Mal Young and his team are unveiling their episodes as of this month, so Y&R fans are about to learn what the new philosophy will be regarding this specific plot line.

Victor has been offering implied threats that only he, the audience and Chelsea (Melissa Claire Egan) can understand. Based upon simple deduction, the ‘Black Knight’ will either tell Nick directly, or engineer this information’s release.

Chelsea has know the secret since before Adam died. She and Victor have discussed the issue a number of times and decided to keep the truth from him as a form of protection.

Victor knows that he would surely lose access to Connor (Gunner and Ryder Gadbois) if he exposes Chelsea. So he will opt to protect her. Whether she comes clean with Nick is a different topic.

Chelsea’s relationship with Nick will be deeply jeopardized if he learns that she’s been withholding this information from him and was also in cahoots with Victor. If Y&R opts to stagger a full reveal, then Chelsea will remain safe for awhile. If not, then ‘Chick’ will either be over or badly damaged. CDL is a leading source for everything linked to ‘The Young and the Restless‘.