The Young and the Restless Spoilers: Victor Takes Nikki Back By Christmas – Scrooge Story Revisited

BY Sean O'Brien on November 29, 2017 | Comments: one comment
Related : Soap Opera, Spoiler, Television, The Young and the Restless 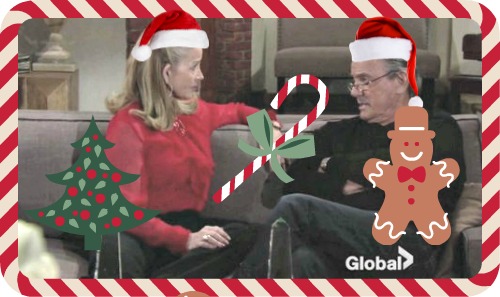 The Young and the Restless spoilers tease that Victor (Eric Braeden) will forgive Nikki (Melody Thomas Scott) by Christmas. Yes, he kicked his wife out of the Ranch on Thanksgiving. But as entertainment fans know, Scrooge achieved redemption by the end of A Christmas Carol and so too can the Moustache.

Charles Dickens classic tale allowed TPTB to borrow (steal) a heartless character when, in 1980, the inimitable Victor Newman was created. Braeden’s subsequent daytime run has become one of the most iconic in daytime history.

Oh yes, there are fans who have always hated Victor. There are viewers who have chided Braeden’s performance and real life demeanor as well. But all factions can never truthfully deny that this actor has survived in an industry and within a genre for a long, long time. Endurance in a competitive field and within a highly subjective medium breeds jealously, or other types of responses. Now, on to Niktor’s latest coming revival. 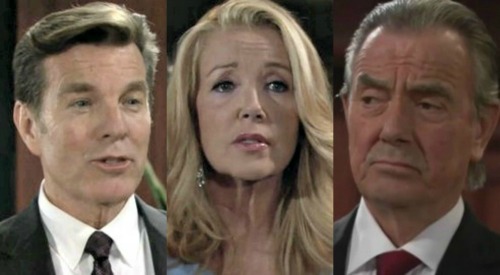 Of course Victor believes in his mind that Nikki betrayed him. From other, more rational points of view, his long-suffering spouse actually did nothing wrong.

As viewers recall, Victor bribed a mentally unstable doctor to have Chloe (Elizabeth Hendrickson) released from a mental health facility in California earlier this decade. The Black Knight did that in order to have Chloe help him frame his son for murder. All newer soap fans should reread the last two sentences slowly so that they can begin to suspend disbelief. Hardcore daytime drama devotees previously digested the plot line and this rehash easily.

Victor’s actions, not Nikki’s, eventually led to Chloe going berserk and apparently killing Adam (Justin Hartley), though whether he’s actually dead isn’t certain in the minds of some Y&R fans. Nikki reacted strongly after she came to know what her husband had done. Nick (Joshua Morrow) discovered the truth and told his mother and sister immediately.

The aforementioned revelation proved too much for Nikki to take. However, some Y&R fans felt that Nikki’s reaction was a bit too much and was purely written to split Niktor apart.

As recent events have shown, Nikki’s relationship with Jack (Peter Bergman) appears to be over. That leaves Mrs. Newman’s heart hurt and open to, who else, her only true soul mate (Victor).

Earlier in the fall Nikki telegraphed to the Moustache that they would eventually get back together, as they always have. Victor didn’t reject her analysis, which implied that he was considering that option.

Basically, Y&R’s most famous couple is working through another cooling-off period. That’s necessary based upon their ever-virulent connection and because of the length of time these iconic characters have been connected to each other in Genoa City.

Whether Victor wakes up on Christmas morning a transformed man, or finds another way to take his wife back again is yet to be shown. But all fans of Niktor and Y&R will be waiting to see how (not if) Victor and Nikki find their way back to each other once again.