The Young and the Restless Spoilers: Week of August 7 – Sneaky Plans, Heated Showdowns and Dirty Deals 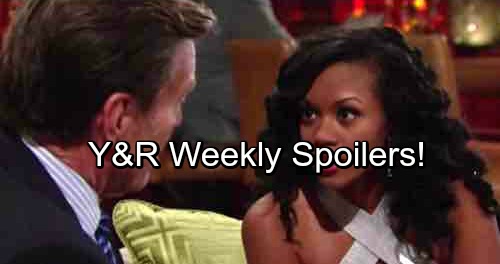 The Young and the Restless (Y&R) spoilers for the week of August 7-11 tease that more drama is brewing for the Newmans. Victor (Eric Braeden) will do whatever he can to make Nick (Joshua Morrow) miserable, but other family members could get caught in the crossfire. Since Victor is sabotaging Nick’s expansion plans, he’s inevitably going to hurt Noah (Robert Adamson) as well.

Y&R spoilers say Victor will make another move to show Nick who’s boss. When Nick finds out about his father’s latest scheme, he’ll be furious. There’s already a fierce battle going on, but this will really rev up the conflict. Nick may decide that he’s willing to play just as dirty.

Victor is starting an all-out war, but they could both manage to come out of this as losers. Regardless, there could be bigger issues coming up. Victoria’s (Amelia Heinle) bizarre behavior will set off a chain reaction. 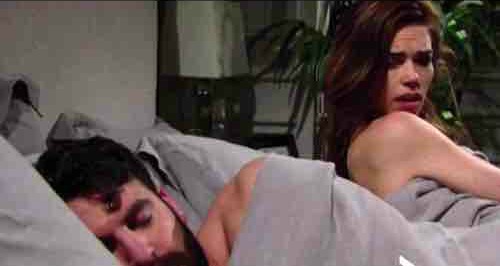 After Hilary (Mishael Morgan) discovers Victoria slept with with Ben Hochman (Ben Hermes), she’ll share the news with Jack (Peter Bergman). He’ll immediately begin plotting against Brash and Sassy. If the public learns Victoria took this potential investor to bed, it’s going to spark a PR nightmare. They still haven’t recovered from the Hollywood debacle and the sexual harassment lawsuit.

Of course, it seems a health crisis is driving Victoria down this crazy path. Will Billy (Jason Thompson) get a clue soon? He’ll at least have a heated discussion with slimy Ben this week. The Young and the Restless spoilers say Billy will try to get to the bottom of Ben’s antics. That could spell trouble for Phyllis!

In the meantime, Sharon (Sharon Case) will get another alarming call on the hotline. Will Crystal (Morgan Obenreder) reach out for help again? Sharon is desperate to assist this poor girl, but she has to earn her trust. She’ll do everything in her power to get Crystal into a safer situation.

Other Young and the Restless spoilers state that Ashley (Eileen Davidson) will have a chat with Neil (Kristoff St. John). She’ll hope that he can solve a problem for her. Ashley knows that Dina (Marla Adams) is feeling pretty low. Her days feel empty without work to keep her busy.

Neil might find something for Dina to do, but this could easily reveal more signs of dementia. It’s obvious that Dina’s mind is starting to go. How will her family handle the tough moments ahead? We’ll give you updates as other Y&R details emerge.Check CDL The Young and the Restless spoilers often for updates and news! Sign up for our newsletter by clicking here and get the latest breaking soap news!