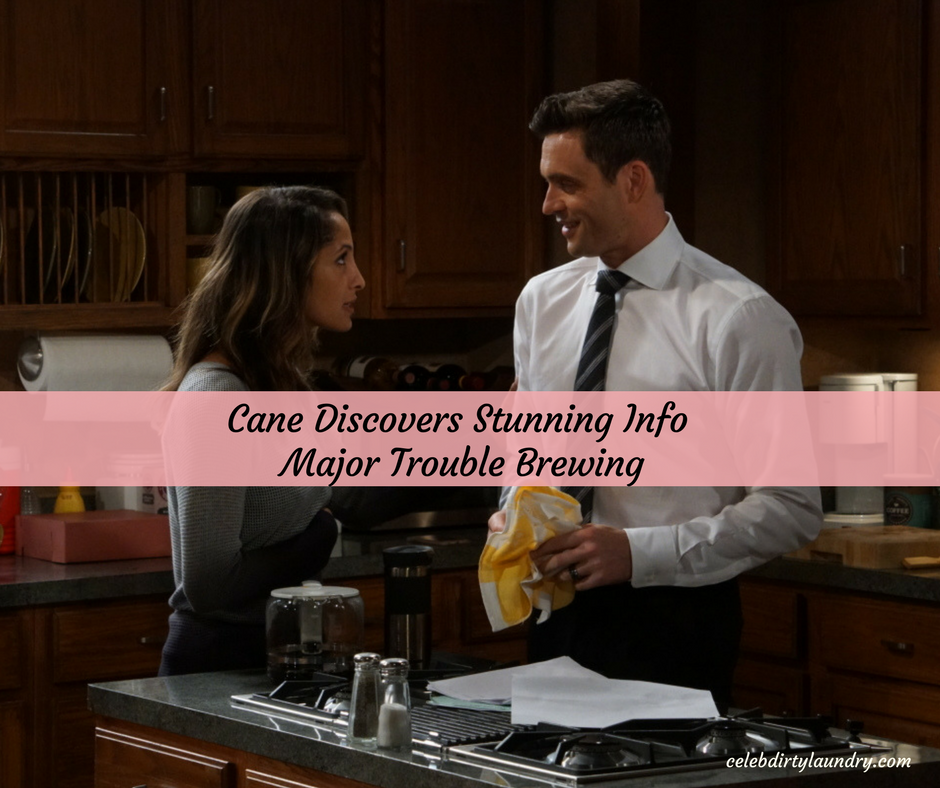 The Young and the Restless (Y&R) spoilers tease that Cane (Daniel Goddard) will enjoy more success. Victoria (Amelia Heinle) assigned him to a new project and it’s already been going well. Cane is glad he has an opportunity to really pitch in at Brash and Sassy. He had some concerns about Victoria’s motives at first, but he seems OK with the situation now.

Cane is working with Juliet (Laur Allen) on this Asia rollout and they make a great team. It looks like they’ll pull off some savvy business moves that give the company a boost. However, Cane will also make some changes in his life soon. He’ll take some risks and the payoff could be worth it.

Lily (Christel Khalil) will probably support Cane every step of the way. She may feel like they’re both finally getting what they want. They have a happy family and successful careers. Lily might believe it just doesn’t get any better than this. She may think they’re moving past their bumps in the road and truly living the dream.

Of course, that’s exactly when The Young and the Restless likes to throw a curveball. Couples rarely stay content for very long. Y&R spoilers indicate that Cane will eventually stumble across some stunning information. It’s not clear if this will be a personal or professional crisis, but trouble could be brewing.

Meanwhile, Lily will face some problems of her own. The Young and the Restless spoilers reveal that a secret admirer will catch Lily off guard. There are a few directions this storyline could go in. It’s easy to see that Jordan (Darnell Kirkwood) is attracted to Lily. Perhaps he’ll send some gifts and messages anonymously.

Then again, Lily is becoming a recognized model now. Cane was initially concerned about sharing his wife with the world. Maybe Cane was right to be worried. There’s a chance that Lily has some crazed fan out there who’s going to become her stalker.

That plot doesn’t line up with the current vibe of the CBS soap, but you never know. A stalker angle could provide some interesting options. Cane might be away on business when Lily felt threatened. Jordan could come to her rescue, which would bring them closer.

Things could play out much differently if Jordan turns out to be a harmless admirer. He could simply create strong temptation for Lily. Cane might discover some love notes and blow his top. All of this could just be a rough patch for Cane and Lily to get through.

Whatever the case, major drama is in the works. We’ll give you updates as other news comes in. Stick with Y&R and don’t forget to check CDL often for the latest Young and the Restless spoilers, updates and news.