The Young and the Restless Spoilers: Y&R 2018 Cast Returns Including Ian Ward and Adam Newman – 5 Characters Shake Up GC

BY Marcy Cohen on November 16, 2017 | Comments: one comment
Related : Soap Opera, Spoiler, Television, The Young and the Restless 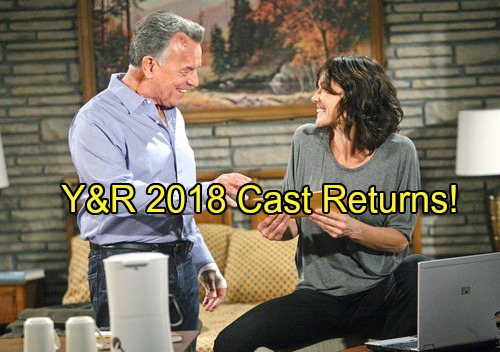 The Young and the Restless (Y&R) spoilers reveal that Genoa City is in need of a shakeup. J.T. Hellstrom (Thad Luckinbill) will return down the road and many viewers are excited about that. However, there some other comebacks that could really bring the drama in 2018. Here are five returns that fans want to see.

Obviously, we have to put Adam Newman at the top of the Y&R comeback list. Justin Hartley may be gone, but that doesn’t mean his former character has to be forgotten. Michael Muhney is interested in reprising the role and there are undoubtedly a ton of other actors who’d love to score the part.

It’s been over a year since Hartley left, so accepting a recast wouldn’t be a big deal. Victor (Eric Braeden) could use Adam’s help at Newman Enterprises. His return could eventually give Victor someone he could truly rely on.

If Adam ends up rejoining Victor at Newman, Jack (Peter Bergman) deserves to have Kyle (Lachlan Buchanan) back at Jabot. Perhaps the show could age Kyle a bit and recruit an actor who’s a little edgier. We could see a fierce father-son battle as Jack and Kyle take on Victor and Adam. It sounds like it could be an interesting way to play out the GC power struggle. 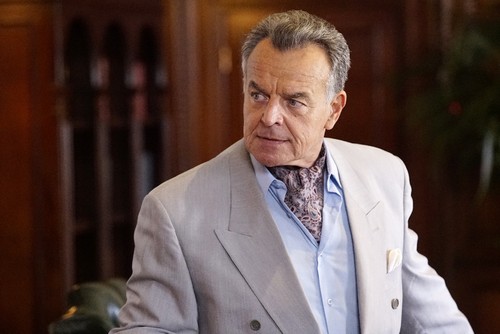 Isn’t it about time for Ian (Ray Wise) to cause problems? Newman is in crisis mode right now and Victor’s family isn’t on solid ground. It’d be great if Ian could strike while Victor’s vulnerable. Then again, Ian could always pop up out of nowhere once Victor has reestablished his empire. Regardless, it’s always exciting when Ian decides to wreak havoc.

Crazy Patty (Stacy Haiduk) is another character who brings fun when she appears. Y&R could surely come up with a reason for Patty to break out of the nuthouse and shock someone. Maybe Ian could help her escape. He might use Patty as part of his next twisted scheme. With Ian and Patty as a team, Genoa City could face total turmoil!

The Young and the Restless spoilers hint that Kevin (Greg Rikaart) might return in time for Christmas, but nothing’s been confirmed just yet. Regardless, plenty of fans would love to see Kevin back in town. In fact, it’d be nice if we could get more than just a visit. Let’s hope Kevin will once again make Genoa City his home someday.