BY Joanna Mazewski on September 10, 2017 | Comments: one comment
Related : Hot News, Spoiler, Television, This Is Us, TV 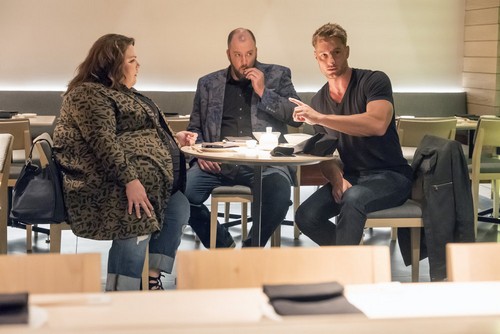 This is Us Season 2 spoilers indicate that Chrissy Metz is getting the on-screen love scene she’s been hoping for. In fact, new teaser photos reveal her character Kate Pearson getting very up close and personal with her fiancé, Toby, played by actor Chris Sullivan.

In the photo, Kate can be seen getting on top of Toby, clearly indicating that the two are about to get it on. It’ll be the first time that This is Us fans will see Chrissy and Chris get intimate in front of the cameras.

Chrissy has made it no secret that she has long been waiting for an on-screen intimate scene on This is Us. After all, her character is engaged to the man she loves. Back in March, Chrissy told People Magazine that she wants to have her own love scene, regardless of whether viewers would approve of it or not.

Chrissy is not worried if viewers will be turned off by seeing a plus-sized actress like her get naked. In fact, she really doesn’t care about what her critics will have to say about it. She told the publication, “I want it on screen — I guess it’ll offend people, still. But fat people do have sex, for the record.” 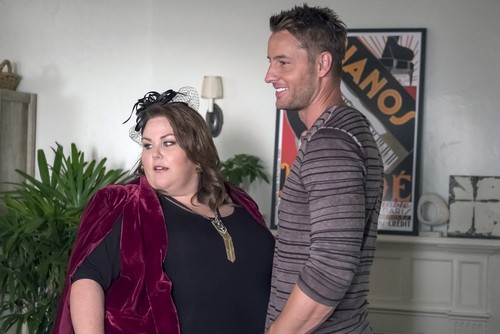 For many fans, they also couldn’t help but wonder if Chrissy Metz’s character would lose weight before the second season. Apparently, that hasn’t happened. And while on one knows exactly what is in store for Kate Pearson, one thing is for certain: she’ll be going through some drastic changes in her life, one way or another.

Further spoilers indicate that Kate and Toby might even get married during Season 2. After all, they’ve made the big move from the east coast to Los Angeles and Kate has said that she wants to focus more on her relationship with Toby and their future together. Fans will just have to tune in to see what will happen between them!

This is Us Season 2 is set to premiere Tuesday, September 26 at 9pm EST on the NBC network. The series also stars Milo Ventimiglia, Mandy Moore, Justin Hartley, Sterling K. Brown and more. The season premiere, entitled A Father’s Advice, will follow Jack and Rebecca and what might be the beginning of the end of their marriage.

In the meantime, don’t forget to check back with CDL for all the latest news, updates and spoilers on This is Us Season 2 right here!