This Is Us Spoilers: Mandy Moore Drops Major Hints About Season 2

BY Chanel Adams on June 6, 2017 | Comments: Leave Comments
Related : Mandy Moore, Spoiler, Television, This Is Us 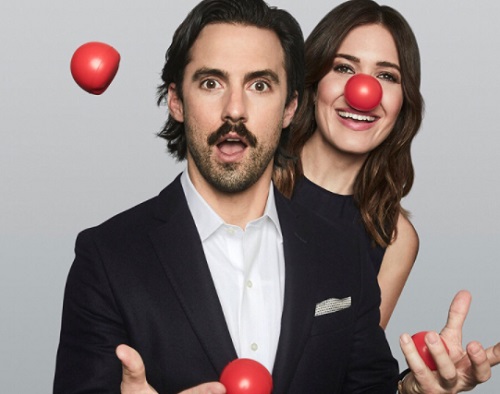 Mandy Moore promises there will be “answers” in Season 2 of NBC’s hit drama This Is Us. The actress made an appearance on the Today show in New York City on Monday, June 5, where she hinted about the upcoming season.

This Is Us viewers cannot wait for the show to return this fall. It’s the most-watched and most-streamed drama on television. Fans of the series found out that Milo Ventimiglia’s character Jack suffers an untimely death, but the details surrounding his death will be revealed.

Mandy Moore said that the cast hasn’t started filming the show. They are set to return in “six weeks,” and she has been informed that all will be revealed. Leading up to the interview, Moore took to Instagram to share some spoilers about This Is Us. In one photo, the 33-year-old star is seen wearing a blue silk blouse with elbow-length sleeves, buttons, and floral embroidery. Moore paired her interesting look with a silver chain necklace and dark brown lipstick. 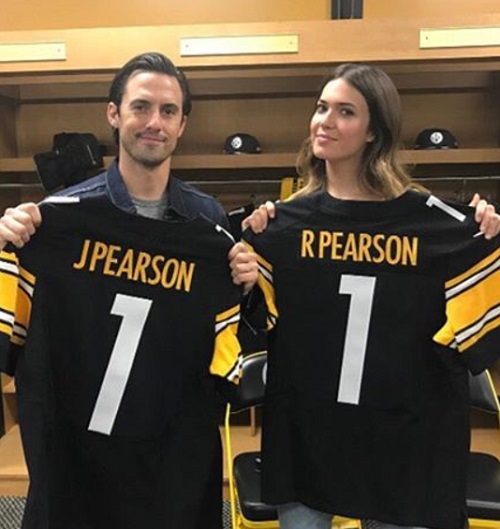 In another snapshot, Many Moore shows a full version of her look. This time around, she paired her blouse with a wine-colored leather skirt that drops to the knee. Moore shared the photos to hint to fans that it will become her character’s look on the show. She tagged Maison Mayle as the stylist behind her character’s look. She also credited L.K. Bennett London for her shoes, Peter Butler as her hairstylist and Matin as her makeup artist, reports the Daily Mail.

Mandy Moore’s acting career is back on revival thanks to the series. She’s also starring in the upcoming thriller 47 Meters Down alongside her co-star Claire Holt. She shared another photo of the two posing in front of their names on the set of the Today show. That photo showed Claire Holt wearing a black mini floral print dress. The horror movie she’s starring in is set for release next Friday, June 16. It also stars Chris J. Johnson, Matthew Modine, Santiago Segura, and Yani Gellman. 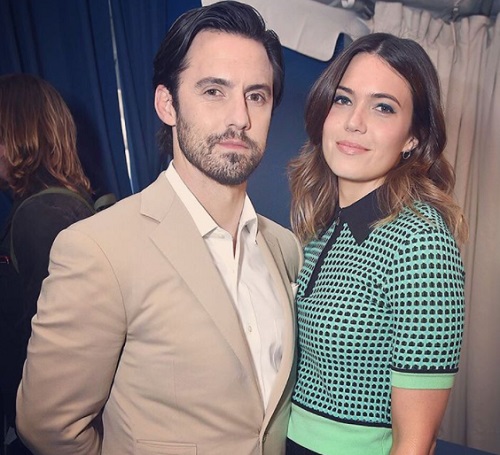 In the film, Claire and Mandy play sisters who dive deep into the waters when they discover something that goes horribly wrong. The film is a story about “sharks” and “survival,” according to Mandy. She also said that the actors spent most of their time “underwater,” as “95% of the movie” takes place in undersea. Filming 47 Meters Down is quite different from This Is Us since she’s acting underwater in a tank most of the time, which she calls a “completely different beast.”

Check back with CDL for more This Is Us spoilers and news.