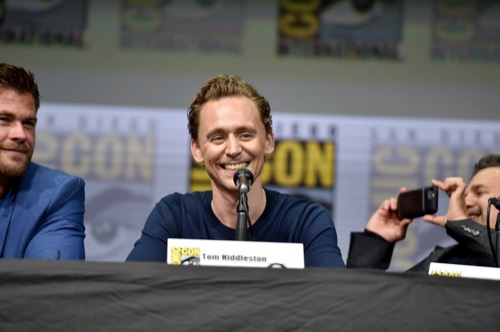 For the past several years, actor Tom Hiddleston has been a fan favorite at the San Diego Comic-Con. But this year, fans of the actor were left disappointed when he chose to ignore them and the media while he and the cast of the upcoming superhero film, “Thor: Ragnarok” were at Comic-Con to promote their film, which will hit theaters later this year. Tom Hiddleston’s portrayal of villan, Loki in the comic book superhero movie, “Thor” has garnered him legions of fans, mostly female who love his bad boy portrayal of the character.

Although Tom Hiddleston did participate in a panel with the other actors to answer questions about their upcoming film, he chose to skip the the opportunity to take photos with fans or sign autographs. This has left his fans feeling disappointed because some fans actually traveled thousands of miles for the chance to see Tom and get a picture with him.

This is a huge departure from years past, when Tom Hiddleston made it a point to see as many fans as possible. In 2013, while promoting “Thor: The Dark World”, Tom surprised and delighted fans by coming to the convention dressed in his full Loki costume. But this year he all but ignored his fans and only briefly appeared on the panel with the other actors and director of the movie, and left the convention as soon as the panel was over. 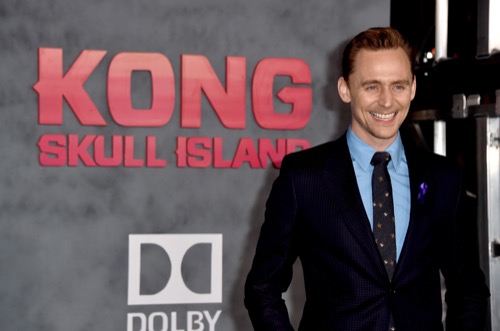 Audience members also remarked that the usually charming actor didn’t appear too excited to be at Comic-Con, with some of Tom’s own fans commenting that the actor appeared to look sad or unhappy. And it wasn’t just his fans that Tom ignored, he also chose to not speak to the media while at the convention. Besides a few questions from fans and the media during the panel discussion, Tom refused to be interviewed by journalists.

Many believe Tom is still embarrassed by his whirlwind romance with pop star Taylor Swift. Tom and Taylor Swift dated last summer and were heavily criticized for their public displays of affection, including Tom’s decision to wear a tank top declaring his love for the pop star.

Of course, Tom and Taylor Swift’s romance only lasted a few months, but it has been reported that his brief romance with the singer has hurt his Hollywood career, and may have even cost him the opportunity to take over the role of James Bond. For the past few months, Tom has kept a low profile with fans and the media, no doubt in hopes of avoiding questions about his past relationship with Taylor Swift.