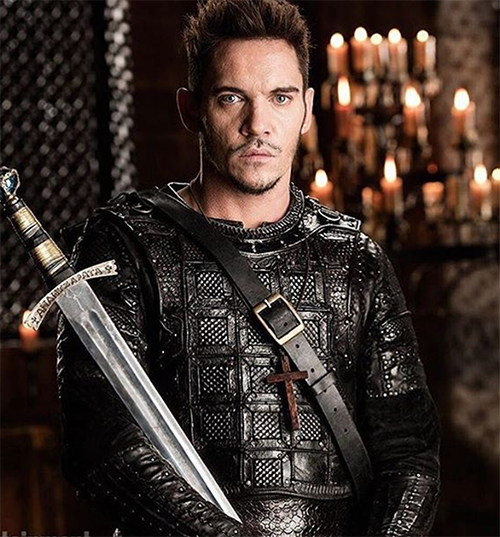 Jonathan Rhys Meyers is joining the cast of the History Channel’s highly acclaimed historical drama, ‘Vikings.’ And it looks like he’ll be playing a religious warrior who will be a key character in Season 5 of the show.

‘Vikings’ Season 4 has been full of surprises so far. Ragnar Lothbrok (played by actor Travis Fimmel) said his final goodbye to his son Ivar, knowing that he will be handed over to Aelle and die. Ragnar’s sons Ubbe, Sigurd, and Ivar gathered a large army before heading to England to avenge their father. Even though Ragnar and Lagertha’s son Bjorn has taken more of a leadership role in his father’s absence, it’s Ivar who proves to be a key character. 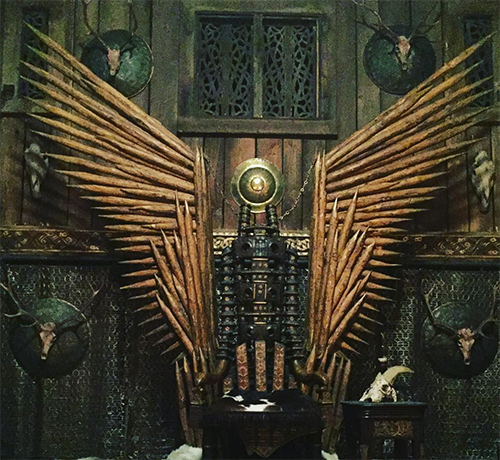 ‘Vikings’ creator Michael Hirst opened up about Jonathan’s new character on the show with Entertainment Weekly. Jonathan will be playing a crazed, deeply religious new character named Heahmund. He was a medieval Bishop of Sherborne who was ordained in 868.

Michael explained, “He’s a man of Wessex, and he’s gonna come in as a worthy opponent to Ivar. His whole life is about deeply passionate commitments. He’s a wild card who happens to be [played by] Jonathan Rhys Meyers, who is himself kind of a wild card!”

And it looks like Ragnar’s sons Bjorn (Alexander Ludwig) and Ivar (Alex Hogh Anderson) are going to have to settle their differences once and for all now that they have Heahmund to deal with. Spoilers indicate that Heahmund’s death might provide some major changes for ‘Vikings’ Season 5. In fact, many viewers are surprised that the show’s producers are introducing Heahmund so late in Season 4. 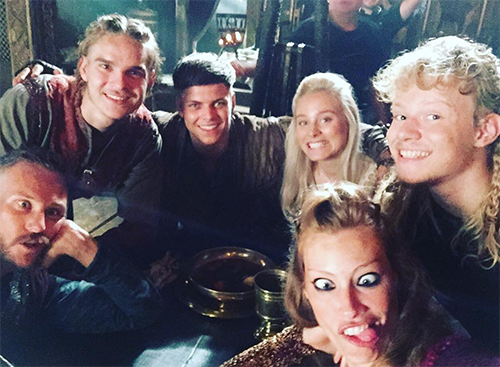 This isn’t the first time Jonathan Rhys Meyers and Michael Hirst have worked together. They’ve previously worked on Showtime’s ‘The Tudors.’ Michael says he knows that Jonathan is a perfect addition to the already talented ‘Vikings’ cast. He says that his character is one that sins and punishes others, but also punishes himself.

Jonathan will make his ‘Vikings’ debut during the Season 4 finale. ‘Vikings’ Season 5 will debut later this year. Tell us, are you excited to see Jonathan Rhys Meyers join the cast of ‘Vikings?’ Now that Travis Fimmel is gone, will Jonathan be able to fill in his shoes? Drop us a line with your comments below. ‘Vikings’ airs every Wednesday at 9pm EST on the History channel. Also, check back with CDL for all the latest news, updates and ‘Vikings’ spoilers right here!