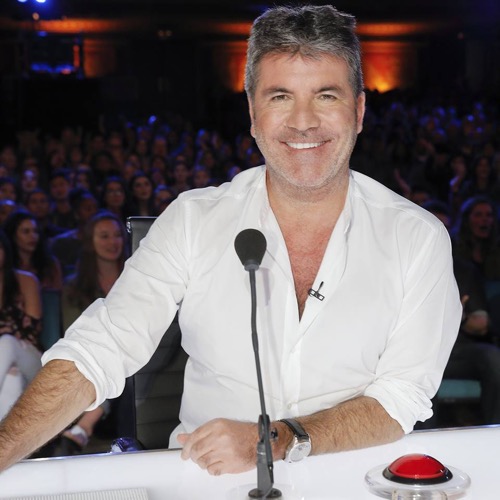 Tonight on NBC America’s Got Talent begins its new season with an all-new Tuesday, July 10, 2018, episode and we have your America’s Got Talent recap below!  On tonight’s AGT season 13 episode 6 “Auditions 6,” as per the NBC synopsis, “The auditions conclude. With one remaining Golden Buzzer, a lucky act will go directly to the live shows at the Dolby Theatre in Los Angeles to compete for America’s vote.”

It was night of auditions on tonight’s all new episode of “America’s Got Talent”. The first act happened to be a three-man group called Hamster Wheel. These guys came various backgrounds and so they came together to form a group dedicated to applied sciences. It seems they built a mission that was supposed to carry out certain functions until it ended with the judges giving them a golden buzzer. The group had wanted to give the actual judges that idea and it had worked on some. Simon had been on the edge of his seat and Howie had found it entertaining because he said it felt like he had been at a convention however Heidi hadn’t cared for the act and so the decision fell on Mel B. She had thought it was entertaining enough to see the guys through another round and that meant tonight they got lucky.

The first group scraped by with luck, but the next act had come as quite a surprise. The next act was thirteen-years-old Patches. Patches had written a song and everyone thought he was just going to be singing when it turns out he was going to rap. He rapped his whole song and the crowd had gone wild for him. They hadn’t expected a rap to come out of this baby faced teenager and so he had been a happy surprise. The judges had loved him so much that they all had to keep him in the competition to see how far he’ll go. The groups that followed Patches were all acrobatic. There was a group that seesawed like no one else by using flipping their bodies in the air and then there was Sergei and Sasha. They were a father/daughter acrobatic duo and they had apparently been working together since Sasha was six-years-old.

The two performed dangerous acrobatic feats with Sasha being on her father’s head even as her father climbed up structures. It was both brilliant and terrifying to watch. The judges had all become invested in what happened and they hadn’t felt relieved until that teenager was back on the ground safely. The judges all had questions like whether it was going to get even more dangerous as the two went on and so the judges couldn’t wait to vote “yes”. They all wanted to see what could come next with these two and for that matter so did the audience. Now, the next act was a choir. The choir called itself the Angel City Corral and tonight they sang “Africa” by Toto and they weren’t bad at all. They chose a catchy song and it resonated with the audience as well as with Simon. And Simon gave them a standing ovation while they were still singing.

The judge explained afterwards how rare it was to see a great choir and that’s what Angel City Corral was. They were so great that they got all four “yeses” from the judges and so the largest choir anyone had ever seen will be going into the next round. Though after the choir, Heidi really wanted to hear some jokes and so the group heard back to back comedians. There was a funny joke about how women wouldn’t call it stalking if a handsome guy was the one behind it and there was also a comedienne who talked about that awkward stage growing up when people told her she should be a model because she’s so tall. It turns out she would respond with “what about my face” because her face wanted to be a model too. They were funny in their own right while Oliver Graves hadn’t really come across a comedian.

Oliver had come out with all goth makeup and had a dryer sense of humor. Therefore, there were some that were judging him before they heard his act and they would have been the ones missing out. Oliver was funny and he easily won over the judges who loved him. They all told him how great he was and he started to cry because not a lot of people were willing to take a chance on him or book him for shows. They all judged him based on their own opinions about what he should be and so it was great to finally get the acknowledgement so many have tried to deny him. He wasn’t like anyone else and that’s why the judges loved him. They all gave him “yes” and he’ll be moving onto the next round.

The next act of the night had been Angel Garcia. He was a young teenager and he came to the show to sing. Angel had chosen an older song Spanish song and he had sung it quite beautifully. The audience had come to love it and both Heidi and Mel B loved it. The only outliers were Howie and Simon. Simon had questioned with letting someone so young progress in the show and Howie on the other hand had questioned the song selection. He thought the song had been too old for Angel and so he voted “no”. The ladies all voted “yes” and Simon came around because he too ended up voting “yes” because he said Angel had one of the best voices he heard this season. And anyways saying “yes” to someone that deserved it was better than being bored to death.

There had been one guy who walked around pretending to be a robot with two grippers for arms. It shouldn’t even be called an act because he walked around and doing nothing. The judges all called an early end to it and plenty of other acts. There was a group that tried to make puppets out of their butts and it ended rather abruptly. There was also quite a few people that thought they were genuinely talented and all along they’d been wrong, so it took a lot for the judges to get excited. The next thing that caught their attention was when they heard about a singing dog. Pam and her dog Oscar had surprised everyone when it turned out Oscar was on key and could actually sing along to the music.

Simon and Howie had both loved that dog because they supported Oscar despite Oscar forgetting his lines a few times but the women weren’t as sure. They had expected more from the routine and so Heidi had said “no” while Mel B ultimately said “yes” because she could tell the audience wanted to see more of Oscar. The next of the night was Hunter Christ. He first tried singing “Everything I Do” by Bryan Adams and that had sounded a little too karaoke for Simon. He knew that Hunter had started singing once he had been entered into a karaoke contest by his mother and so the judges he might have fallen back on that. Simon had wanted to give Hunter a second chance and he asked him about why he was still singing. Hunter said he loved it and Simon coaxed him into opening up about what it felt to be on that stage.

Hunter truly did love to sing and he wrote his own songs, so Simon asked him to sing one and it had been a very sweet song. It had been all Hunter and so both Mel B and Heidi loved it. They each gave him a “yes” and they were little confused when Howie had given him a “no”. Howie hadn’t thought Hunter had been authentic enough and neither did Simon. Simon warned Hunter about that and he gave Hunter a “yes” because he wanted to see the real Hunter next time. Either way that was still a “yes” so he was got through to the next round and maybe then he’ll figure out what the guys were talking about. The next few acts were all dance groups and for the most part they got in because they were all great dancers with pretty awesome/entertaining choreographers.

But the final act of the night was Michaela Phillips. She sang Demi Lovato’s “Warrior” and the audience loved her however the judges had this look on their faces that showed they could go either way. No one knew what they were thinking until it was their time to speak and so Heidi went first. She had loved love loved Michaela and had pressed the golden buzzer just for her. And with the gold streamers everywhere, Heidi announced she had found the winner and who knows maybe she did.