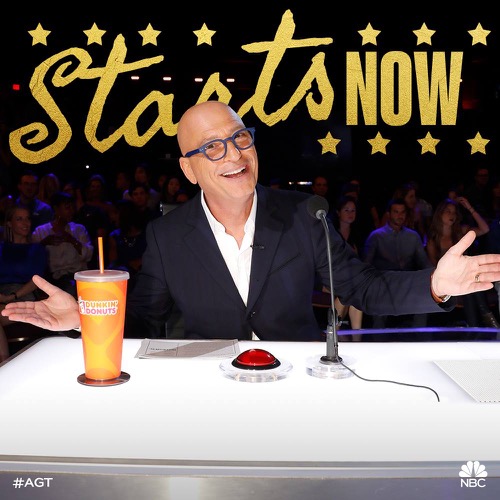 Tonight on NBC America’s Got Talent begins with an all-new Wednesday, August 15, 2018, episode and we have your America’s Got Talent recap below!  On tonight’s AGT season 13 episode 12 “Live Quarter Finals 1″, as per the NBC synopsis, “Seven of 12 acts from the previous night’s show will move on to the semi-final round of competition. Tonight, viewers will have one last chance to send their favorite performer to the next round.”

Tyra Banks opens the show live in Hollywood. Only 7 acts will make it through tonight. She introduces the judges: Simon Cowell, Howie Mandell, Mel B. and Heidi Klum. In no particular order, the following acts are in danger, Angel City Chorale, Junior New System, and Mochi.

While the votes come in to save one of the three acts in danger, Tyra recaps the excitement from the night before. She speaks about how Howie was excited during the show, shows clips of a zebra dressed contender and contenders all thrilled to be coming to Hollywood.

From contenders coming from Massachusetts all the way to England, each and every one of them feels this experience is surreal and a dream of a lifetime.

Tyra returns to the stage and asks We Three, The Pac Dance Team and Flau-Jae to step forward. The first act going to the semi-finals is….We Three! The audience goes wild as they hug. They tell Tyra this is a dream and they will continue to work hard. Mel B. thinks they sing from the heart. They are great.

Vicki Barbolack and Human Fountains step forward. America has voted. The next act going to the semi-finals is….Vicki!

Vicki steps forward. She is crying. She tells Tyra she is flying so high right now. Heidi congratulates her. Vicki jokes with Simon that they can meet up later.

Tyra brings back the season 12 champ, Darcey Lynne to take the stage and sing. The crowd goes wild. She talks to Tyra about life after her win.

For the next result, Amanda Mena and Courtney Hadwin step forward. America has voted. The next act to move forward is…both of them! They hug each other in disbelief. Mel B. talks about being a young girl once with a big dream. She is thankful that they have both made it through. Howie calls them both electric.

Lord Nil and Shin Lim both step-forward. Shin Lin has made it into the semifinals.