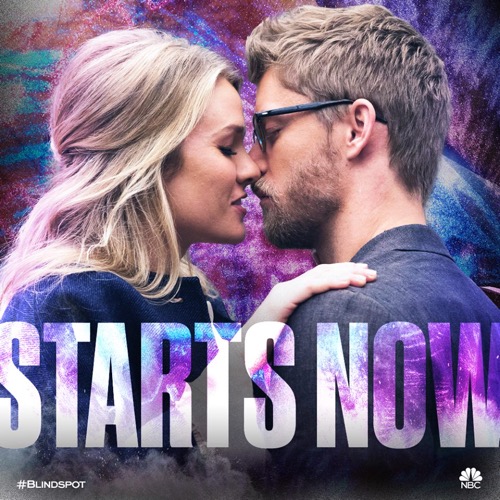 Tonight on NBC Blindspot airs with an all-new Friday, January 19, 2018, episode and we have your Blindspot recap below.  On tonight’s Blindspot season 3 episode 10, “Balance of Might,” as per the NBC synopsis, “The team races to thwart a deadly terrorist plot with the help of Reade’s journalist girlfriend.”

Roman had warned a couple of refugees some time ago that they were in trouble on tonight’s all-new episode of “Blindspot”. He told them that the company they worked and the one that promised them they would be taken care of had actually been the same people that would harm them if they didn’t get out in time, but Roman said that he could help. He told them he understood if they didn’t believe him right away and that when they were ready to get away that they should call Megan Bhutani. Bhutani was a journalist that Roman would help and so they held onto the card until they eventually needed.

They called Bhutani and asked for her help because they had information that could protect thousands however Bhutani hadn’t wanted to work them because they weren’t giving her any details over the phone and so she was going to ignore them until her boyfriend noticed it one day. Reade had seen his girlfriend continue to press decline on her phone and he had wanted to know why. But when he found out that the refugees were from Camp IKO in Kenya, he told Bhutani to take the phone call and that he wanted to go with her when she met the siblings. The siblings it seems were involved were involved with a new tattoo.

The new tattoo had shown three people holding hands on the Kenya flag and the hidden messaging had spelled out “IKO”. IKO was a refugee camp that looked good on paper there because no one could get real information out of such an overcrowded place and so Reade called Patterson on the way to meeting with the siblings because he wanted to know what she could find on them yet Patterson made sure to call the others in when she revealed what she knew. She found out that a company called One World Alliance had fast-tracked siblings’ visa and that the company was a front. It was a front for a contractor named John Sya.

Sya would go into these refugee camps and hire a bunch of people under mysterious circumstances. But there was no detailing what he did with them and so Patterson, along with Jane, thought One World Alliance was a front to scam money that was supposed to the refugees. There was, unfortunately, a lot of money involved with such an endeavor and the fake company could make away with billions before anyone found out what was going on through the team’s concern about the company soon took a backseat. They had heard about a report of a shooting at Reade’s location and so they immediately rushed to Reade’s aid.

Reade had thankfully been handling the situation on his own and so the team hadn’t had to do much to get him out as well as Bhutani and the siblings out of there, but the siblings hadn’t wanted to talk without a lawyer back at headquarters. They had been advised by Bhutani to say nothing without a lawyer present because they should be aware of their rights and so Reade had gotten a little upset by that. He told his girlfriend that she shouldn’t have interfered because they were trying to help the siblings and they couldn’t do that unless they found out what was going on. And so Bhutani eventually relented after she talked to Jane.

Jane told her that she had been on the other side of that table and that she had been scared with no one to protect her. But Jane also said that time was of the essence and that they needed the siblings to them what they know. So Bhutani told the siblings they could talk and they revealed everything. They said that the same company had fast-tracked visas for their friend Osman and that Sya’s second-in-command Derek had sent Osman and two others to Germany the other day just to frame them. The siblings said their friend had been framed for a bombing in Germany because they knew Osman and Osman would never have done what they said he did.

Also, the siblings had taken Derek around town when they got to New York and they had been told to pick up a few things for him though they now realize they picked up the makings of a bomb and so they believed Derek was trying to frame for another bombing in New York. Except the siblings didn’t know where the bombing was going to take place and so the team worked to devise why someone like Sya would bomb New York. They were trying to figure out Sya’s endgame because staging the bombing just to place the blame on refugees hadn’t much sense and so they wondered if that’s why Sya was doing things. To force refugees into looking unsafe and make it seem like vetting wasn’t working.

But the team learned of something else. They found out that Sya had sponsored the second group of refugees recently and so he made sure to have a backup place if the siblings didn’t work out however Sya had left a paper trail. The paper trail was supposed to make the refugees from Thailand look bad and so it told the FBI everything. Like where the bombing was going to take place and where the refugees were going to be found so that allowed the FBI to move quickly. They emptied the hotel of everyone and had lower the damage of the bomb. And they went on to find three people locked in a truck that would have exploded to make sure Sya didn’t leave any loose ends.

That’s what Sya did last time. It rigged the truck to explode to make it look like the refugees blew themselves up rather than be caught, but thankfully his entire plan unraveled and again it was connected to Crawford. Crawford was putting all these pieces in motion and the team still hadn’t found out why or why Roman was involved. They just knew that Roman wanted to take this man down and that’s why he was secretly dating the man’s daughter. And while Roman was playing her, it seems he had also played Weller. Weller thought he killed Jane’s daughter and so Patterson looked into it for him.

Only Patterson found out that Avery got an envelope of cash right before she met Weller and so somehow Weller got played!

And its not like he could tell Jane because she was so mad that she decided to hook up with someone behind his back!