Days of Our Lives (DOOL) spoilers tease that Andre (Thaao Penghlis) will finally gather up his courage. He’s been silently pining for his own wife! DOOL fans know that Andre and Kate’s (Lauren Koslow) marriage started out as a business arrangement. However, it’s become much more for Andre.

Kate has captured Andre’s heart and thanks to Abigail’s (Marci Miller) advice, Andre’s ready to reveal his true feelings. Days of Our Lives spoilers say Andre will profess his love in Friday’s episode, so Kate will have something to think about next week. She’s probably had their New Year’s Eve kiss on her mind anyway. It’s clear that there’s a weird spark between them. 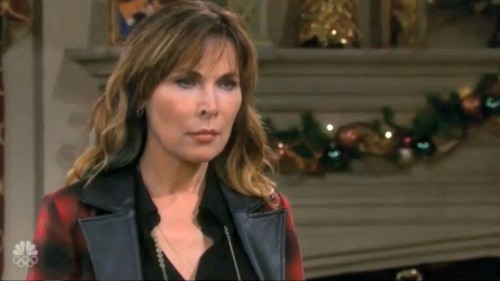 Kate has obviously grown fond of having Andre in her life. Even when they bicker, it tends to be pretty playful. Days spoilers say Kate will admit to herself that she has feelings for Andre, but she won’t be sure what to do. She’ll worry that heading into genuine romantic territory could be risky. Kate’s typically unlucky in love, so she’ll try to be careful here.

Nevertheless, Kate will eventually get on board with the idea. She’ll agree to give their marriage a real shot. DOOL watchers can expect Andre to be over the moon, but it turns out he’s keeping a dangerous secret. Days of Our Lives spoilers state that Andre will be revealed as Vivian’s (Louise Sorel) secret partner. It appears only the viewers will be in on this at first. 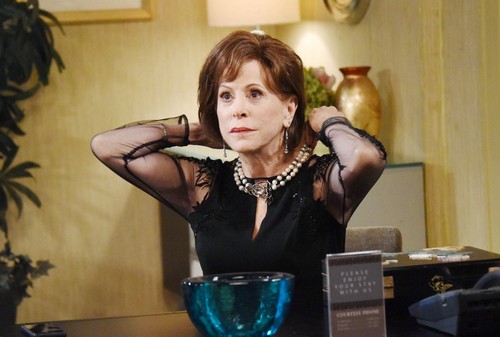 Dishonesty is frowned upon in any relationship, but it’s especially problematic this one. Kate’s not the type of woman anyone should deceive. She certainly knows how to unleash her wrath. Andre’s beginning the authentic phase of his marriage on the wrong foot. That could definitely come back to bite him at some point.

Andre’s been pretending he’s in the dark like the rest of the DiMera clan. He feigned surprise and outrage over Stefan’s (Tyler Christopher) arrival with Vivian. Kate, Chad (Billy Flynn) and Abigail aren’t going to appreciate all the deception. Stefan and Andre could end up as allies if the rest of the family turns against them. 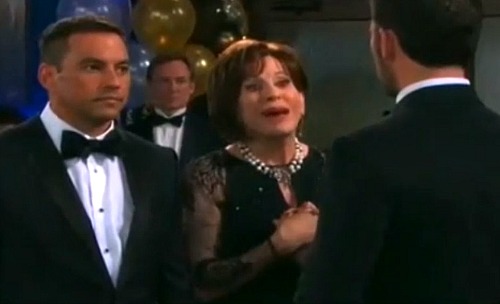 Andre will have Vivian in his corner for now, but she’s a wild card. Crazy moves are the norm for her. Plus, a shocking murder will take place soon. Andre’s on the potential victim list since he’s about to spark some chaos. All of Salem should beware!

Are you looking forward to the fallout of Andre’s lies? Will his alliance with Vivian backfire? We’ll give you updates as other Days news comes in. Stick with the NBC soap and don’t forget to check CDL often for the latest Days of Our Lives spoilers, updates and news.