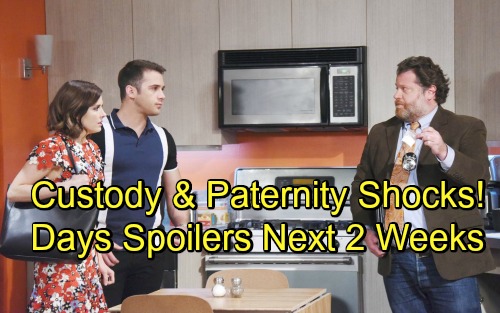 Days of Our Lives (DOOL) spoilers for the next two weeks tease that we’ll see some desperate Salemites. The week of July 9-13 will bring leave Eve (Kassie DePaiva) with no choice. At least that’s the way she’ll see it! Eve will decide she has to take drastic action if Brady (Eric Martsolf) wants to keep custody of Tate (Colin and Kyle Schroeder).

Once she visits Victor (John Aniston), Eve will push for a sneaky plot to tank Theresa’s (Jen Lilley) chances. Victor will oblige, but things won’t go according to plan. Days spoilers state that Victor will have a minion plant drugs in JJ’s (Casey Moss) apartment. That’s where Theresa’s staying right now, so this is going to be a problem. 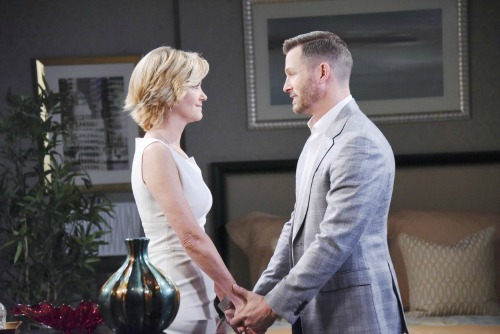 Theresa will fear that her custody shot’s been blown, but JJ will decide to take the blame. He’ll be suspended from his job as a result, but he just can’t let Theresa go down like this. Meanwhile, Will (Chandler Massey) and Sonny (Freddie Smith) will be in crisis mode. They’ll freak when they realize Leo’s (Greg Rikaart) car has gone missing.

Sonny and Will stuck the body in the trunk, but they may wonder if they were mistaken about Leo’s death. However, DOOL buzz suggests that Leo’s indeed deceased. In that case, it sounds like Will and Sonny will have to worry about getting blackmailed. They at least need to find out who moved that car and where it is now. Their fingerprints are all over it!

The week of July 16-20 will deliver even more bombshells. Days of Our Lives spoilers say Abigail (Marci Miller) will deal with paternity results chaos. She’ll learn she’s having Stefan’s (Tyler Christopher) baby, but will the results be accurate? Regardless, Abigail will think about terminating this pregnancy. She’ll consider getting a secret abortion, but Gabi (Camila Banus) will screw up that idea. 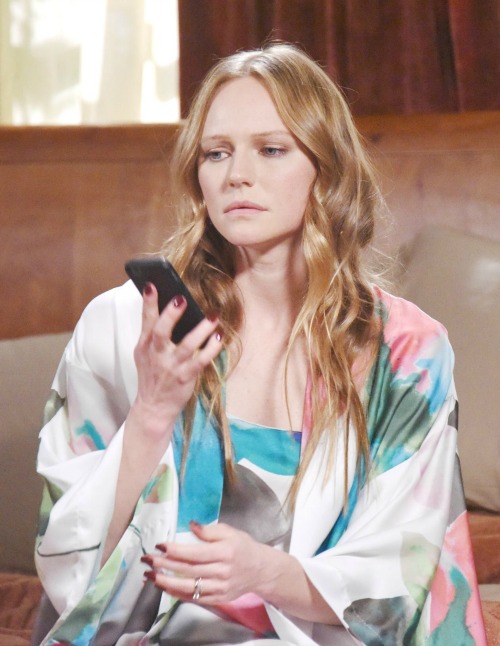 Days spoilers say Gabi will let Abigail’s secret slip – and by slip, we mean pretend it was an accident! Stefan will probably view this as an opportunity to get a DiMera heir and win Abigail for himself. It’s doubtful he’ll get either wish in the end, but he’s free to waste his time trying.

Back with Theresa, it seems she’ll win the custody case. Days of Our Lives spoilers say a difficult goodbye’s coming up. After Theresa gets awful news about Kimberly (Patsy Pease), she’ll decide her mom needs her. Theresa will leave town with “Tater Tot” in tow, so Brady will have to bid his son farewell.

There’ll be plenty of drama over the next couple weeks, so stay tuned. We’ll give you updates as other Days news comes in. Stick with DOOL and don’t forget to check CDL often for the latest Days of Our Lives spoilers, updates and news.