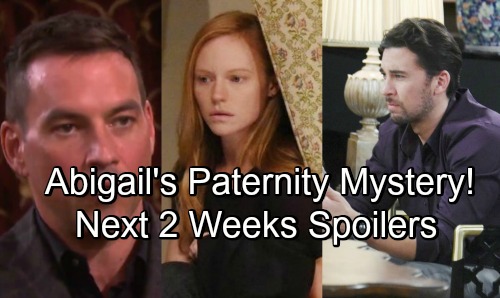 Days of Our Lives (DOOL) spoilers for the next two weeks tease that several Salemites will get sneaky. During the week of June 18-22, Kayla (Mary Beth Evans) will do some snooping in Kate’s (Lauren Koslow) room. When Will (Chandler Massey) catches her, Kayla will have to think fast. She’ll handle the situation and ultimately hand over incriminating proof to Stefan (Tyler Christopher).

Kayla’s DOOL discovery will be beneficial, but it won’t be enough. Stefan will hope Kayla can dig deeper and come up with something to truly put Kate away. Later, Stefan will be a bit of a backstabber. Eve (Kassie DePaiva) recently made a deal with the devious DiMera, but he’ll decide to change the terms. It seems Eve and Brady’s (Eric Martsolf) perfect solution won’t be so perfect anymore.

Other Days of Our Lives spoilers say Gabi (Camila Banus) will finally be cleared and released from prison. She’ll be anxious to reunite with Arianna (Harper and Sydnee Udell), but that long-awaited moment will bring issues. It looks like Ari will be hurt, confused and angry over her mother’s time away. 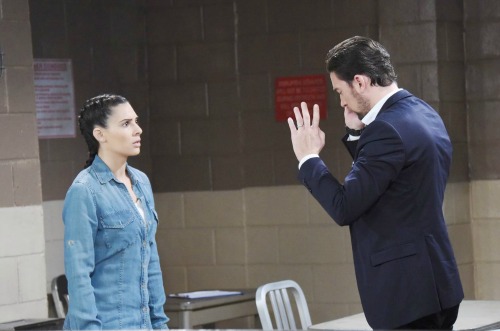 Meanwhile, Chad (Billy Flynn) will offer to be Titan’s new leader. He’ll assure Victor (John Aniston) that he’d make an excellent CEO for his company. The week of June 25-29 will deliver a pleasant surprise for Chad (Billy Flynn). Abigail (Marci Miller) will return home after her successful treatment with Laura (Jaime Lyn Bauer).

After Abigail gets settled back in, she’ll meet up with Gabi. Days spoilers say Abigail will really need someone to talk to. She’ll admit that she’s pregnant, but she won’t be sure which DiMera’s the father. Abigail will desperately want this kid to be Chad’s, but she’ll fear that Stefan might be the “baby daddy.” 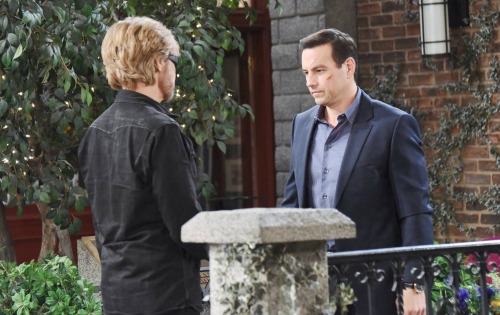 Elsewhere, Theresa (Jen Lilley) will announce that she’s suing for full custody of Tate. If Brady (Eric Martsolf) wants to play hardball, she’ll play hardball! Over with Paul (Christopher Sean), he’ll tell Will that he loves him for the first time. It’ll be a sweet admission, but Will’s returning memories could cause some drama.

Back with Kayla, she’ll finally get something substantial on Kate. Stefan will suggest that he’s a man of his word, so it appears he’ll move forward with the bionic eye plans. Days spoilers say Kayla will have exciting updates for Steve, but she’ll have to lie about how she pulled this off.

It sounds like the next two weeks will bring some real shockers. We’ll give you updates as other Days of Our Lives news comes in. Stay tuned to DOOL and don’t forget to check CDL often for the latest Days of Our Lives spoilers, updates and news.