Days of Our Lives Spoilers: Week of May 7-11 Update – Bloody Death, Big Secrets and Shocking Consequences 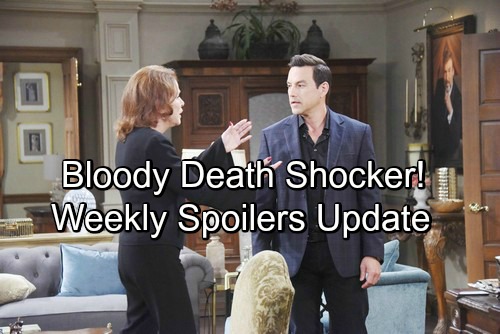 Days of Our Lives (DOOL) spoilers update for the week of May 7-11 tease that we’ll see plenty of rage in Salem. For starters, Sonny (Freddie Smith) will hit the roof over Paul’s (Christopher Sean) latest investigation. He won’t like the fact that his ex is digging up dirt on Leo (Greg Rikaart).

While Sonny fumes, Kate (Lauren Koslow) and Vivian (Louise Sorel) will have a fierce faceoff. Days of Our Lives spoilers say it’ll quickly get out of hand. Vivian will point a gun at her nemesis, but Kate will try to get it away from her. They’ll both be stunned when the gun suddenly fires. 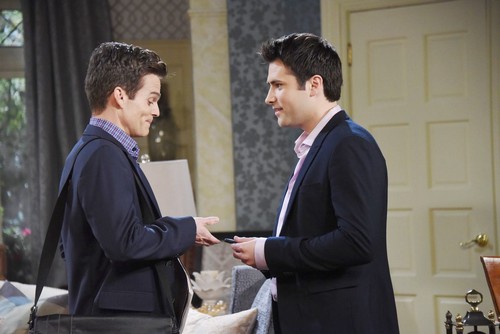 Stefan (Tyler Christopher) will rush in and find Vivian bleeding out on the floor. Days spoilers state that Vivian’s emergency surgery will be unsuccessful. She’ll die and leave Stefan behind to grieve. As for Kate, she could end up in big trouble thanks to the stunning shooting.

Other Days of Our Lives spoilers say Abigail (Marci Miller) will have to fight her alters again. They’ll reappear after Abby remembers killing Andre (Thaao Penghlis) in self-defense. Once Abigail’s back in control, she’ll push Chad (Billy Flynn) for answers about “Gabby” and Stefan’s romance. He’ll decide to spare Abigail the pain of knowing she was raped, but that choice could come back to haunt him. 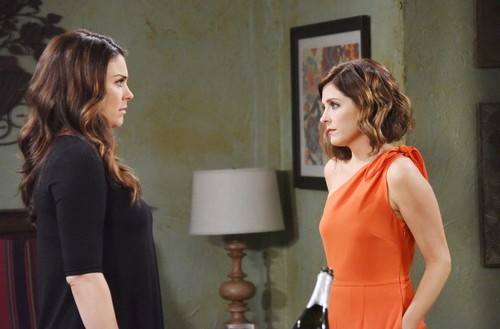 In the meantime, Theresa (Jen Lilley) and Chloe (Nadia Bjorlin) will mull over their options. They can’t be El Fideo’s slaves forever. Theresa will be anxious to get home and hopefully win Brady (Eric Martsolf) back. Chloe will want to return to Lucas (Bryan Dattilo) as well, so they’ll work on a scheme to destroy their captor.

Elsewhere, Victor (John Aniston) will struggle to keep his mouth shut. After Brady overcomes a health crisis and gets out of the hospital, he’ll get things back on track with Eve. As Victor watches them grow closer, he’ll feel guilty about the DOOL secret he’s keeping. Victor won’t tell Brady the truth – at least not yet. 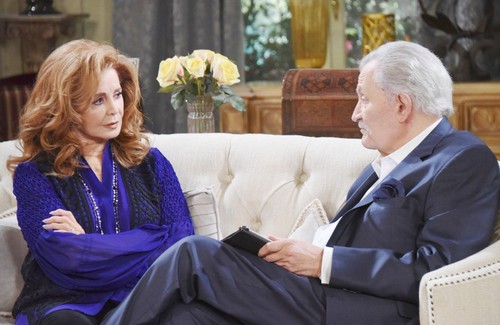 However, Victor will work behind the scenes to score Theresa’s freedom. It looks like he may send Xander (Paul Telfer) to take care of business soon. His complicated history with Theresa won’t exactly make the task easy, but a little cooperation could go a long way.

This Mexico escape plot will kick off Friday, but it’ll be a while before they can pull it off. We’ll give you updates as other Days news comes in. Stay tuned to DOOL and don’t forget to check CDL often for the latest Days of Our Lives spoilers, updates and news.