Did Anna Wintour Disrespect Queen Elizabeth By Refusing To Take Off Sunglasses At London Fashion Week? 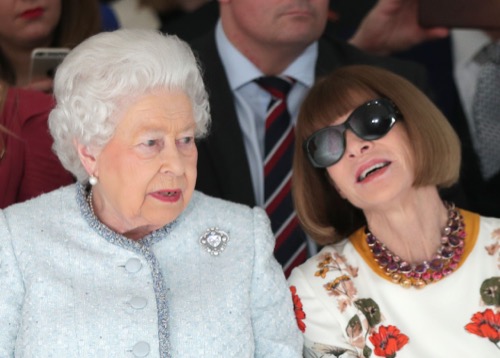 A lot of critics are slamming Anna Wintour for apparently disrespecting Queen Elizabeth while she sat next to her during a runway show at London Fashion Week. The Queen surprised everyone when she sat in the front row at designer Richard Quinn’s show next to the long time fashion editor and artistic director.

Queen Elizabeth for her part looked like she didn’t seem very bothered by Anna Wintour or her sunglasses. In fact, Her Majesty looked like she was enjoying herself at the show and was even photographed smiling and relaxed. 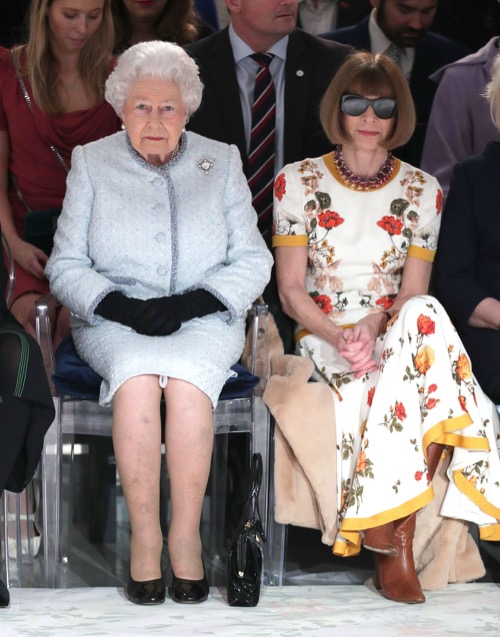 Of course, the only person who knows the real reason why Anna Wintour never takes off her sunglasses is the fashion editor herself. She told an interview with The Cult back in 2009, “They are seriously useful. I can sit in a show and if I am bored out of my mind, nobody will notice … At this point, they have become, really, armor.”

Yet, there are some people out there who are defending Anna Wintour. One etiquette expert says that Anna Wintour was not formally being introduced to the Queen, and therefore didn’t have to take off her glasses. When Anna was made a dame by Queen Elizabeth back in 2017, she did not wear her trademark sunglasses.

Of course, Buckingham Palace has not made any comments about the controversy. In the meantime, don’t forget to check back with CDL for all the latest news and updates on Queen Elizabeth and the rest of the royal family right here.