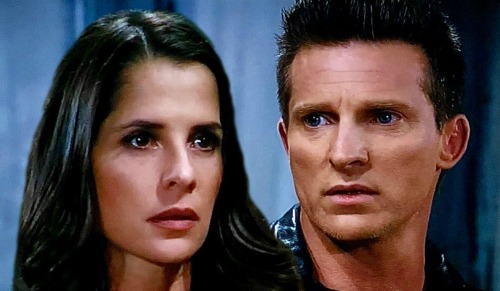 General Hospital (GH) spoilers tease that some major developments are on the way in the show’s main love triangle. For months, GH viewers have been wondering if Sam (Kelly Monaco) would stick with Drew (Billy Miller) or get back together with Jason (Steve Burton). Thanks to a video from Bradford Anderson (Spinelli), it seems we’ve finally got some answers.

Before we get to what Anderson inadvertently revealed, let’s talk about Sam’s upcoming confession. When she shares her love for Jason on Friday’s new GH episode, March 23, Drew won’t take the news as well as she’d hoped. General Hospital spoilers state that Drew will leave Sam – at least for now. He just won’t be on board with having half of Sam’s heart. 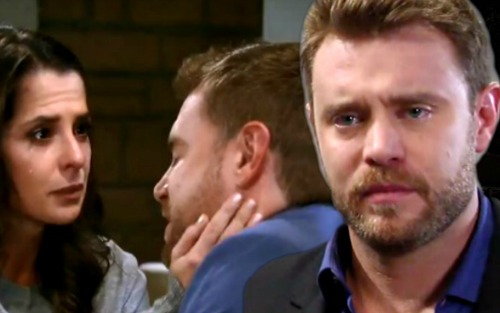 Later, Drew will hear about the New Year’s Eve kiss from Jason. That’ll bring another round of terrible heartache. Drew may wonder if Sam’s truly in love with two men or if she’s just trying to spare him additional pain. Will he return to Sam and insist that their marriage is over? No one would blame Drew if he did.

Whether we’re dealing with a divorce or just a separation, it looks like Drew and Sam will be apart for quite a while. General Hospital spoilers indicate that Sam will end up staying in a hotel. That’s where Anderson’s huge hint comes in. During his Facebook live chat, Anderson was happily talking to fans when a voice came on the studio’s speaker system. 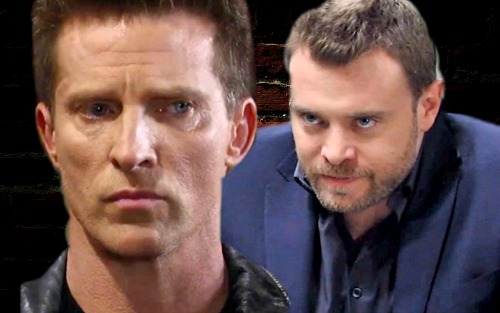 A woman was heard saying, “And now we go to Sam’s hotel suite with Jason and Sam.” Anderson stopped gabbing briefly to acknowledge that it was something we shouldn’t have heard. “Don’t listen! That’s privileged information,” Anderson warned. Of course, we can’t unhear that juicy tidbit. It was undoubtedly music to “JaSam” supporters’ ears.

Jason and Sam could easily meet just about anywhere for a chat. They could talk on the footbridge, at Kelly’s or down by the docks. Since they’re filming in Sam’s hotel room instead, that may mean they’ll be doing a lot more than talking! 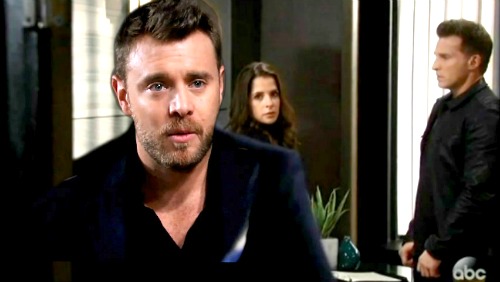 After all, how can Sam resist Jason once Drew takes himself out of the picture? It probably won’t take long for them to hit the sheets. Jason has his own place, but he may begin spending most of his days and nights in Sam’s suite. They could basically start living together, so “JaSam” fans will want to stay tuned.

Are you glad Sam and Jason seem destined for a sexy reunion? Do you feel bad for poor Drew? We’ll give you updates as other GH details emerge. Stick with the ABC soap and don’t forget to check CDL often for the latest General Hospital spoilers, updates and news.

Are my dreams finally being realized?? Are we getting a love scene?#Jasam #GH #JaSamReunion2018 pic.twitter.com/oLkLywLta7