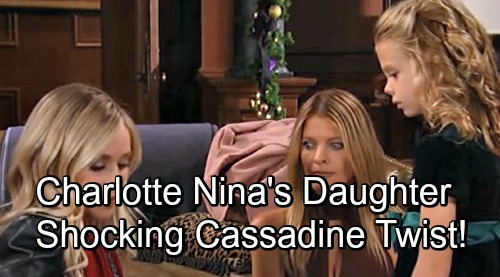 General Hospital (GH) spoilers tease that a shocking twist could be in store for fans as several storylines join to produce a startling reveal. Nina (Michelle Stafford) has an amazing bond with Charlotte (Scarlett Fernandez). Could there be a reason for this that is purely Cassadine? 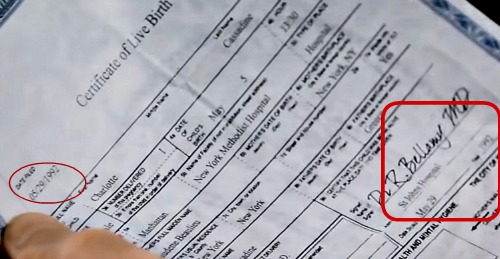 General Hospital spoilers hint that tricky Valentin (James Patrick Stuart) knew Nina was the birth mother was from the beginning. Let’s assume that Charlotte was thawed and cured, much like Helena (Constance Towers) and Stavros (Robert Kelker Kelly). Claudette (Bree Williamson) was acting as Charlotte’s mother, but that’s not biologically correct.

Valentin could have had Claudette (Bree Williamson) taking care of Charlotte when she ran with her. Valentin could have seen reports of Nina’s recovery and chosen to meet her. Once Valentin hit if off with Nina he could reunite her with her daughter. When General Hospital’s Nina and Valentin married, Nina became Charlotte’s mother in every sense of the word.

When General Hospital’s Valentin approached Madeline in prison, she gave in almost immediately. Madeline would have never done this without an ulterior motive. Madeline told Valentin details of the baby’s adoption. Madeline’s untimely death was way too convenient as well.

General Hospital spoilers suggest and many GH fans agree that Valentin agreed to fake Madeline’s death for her silence. Valentin wants Nina back, and the knowledge that his daughter is the one she lost would accomplish that. If Madeline knew the circumstances concerning the baby, he could easily pressure her to keep quiet about it.

More To The Story

Nina immediately received a package after the funeral. The box contained a necklace with one-half of a heart pendant, and Nina immediately assumed her child is alive somewhere. Nina’s leap was a giant one but Madeline, or Valentin, had to know the conclusion she would jump to automatically. You usually don’t assume that half a heart pendant on a necklace means you have a child out there somewhere.

So what happens if Charlotte shows up with half a pendant to a visit with Nina? How will Nina take the explanation that her child was frozen and revived? Will Nina once again believe in Valentin, or assume he’s up to something with this?

If Valentin gives Nina back her daughter and paid Curtis to do all this research as if he didn’t know, Nina is going to be even more upset. The story might go a lot better if Valentin was in the dark. Valentin’s plan might backfire once again.

Charlotte’s birth date on her birth certificate has to have some meaning. Major network shows typically do not make that big of a mistake. Nina being Charlotte’s mom would be a fantastic story and would tie up a few GH lose ends. Stay tuned to the ABC soap and don’t forget to check CDL often for the latest General Hospital spoilers, updates, and news.