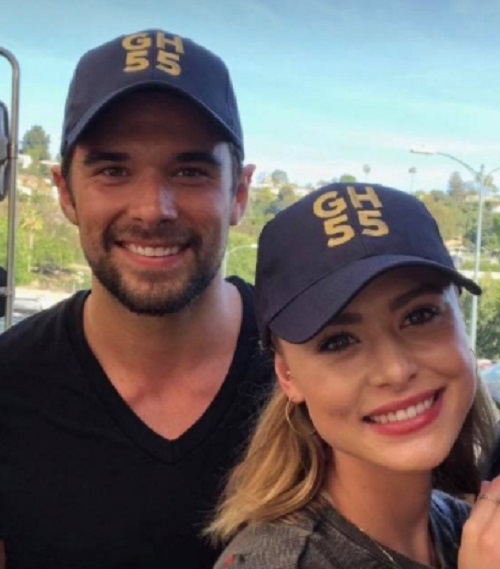 General Hospital (GH) spoilers reveal that fans are clamoring for a new pairing. On Tuesday, GH had an ice cream truck on hand for the cast and crew. It was a great way to celebrate their return from spring break and it naturally led to some great pics on social media. Those fantastic shots sparked an intriguing suggestion.

Josh Swickard (Chase) and Haley Erin (Kiki) posed for some photos together during the ice cream bash. Many GH viewers were quick to point out how good they looked standing next to each other. Could Kiki and Chase fall for each other down the road? They seem like they’d make a solid match.

One fan said, “I need a Kiki and Chase chem test like tomorrow!” Another one said, “Chase and Kiki…would like to see them as #GH newest couple.” Support for the duo continued throughout the day. “I think they might be good together,” a third viewer said. “Would love to see them share scene soon.”

Dozens of social media users declared that they’d “ship it,” so General Hospital really needs to go for it! Of course, we can’t ignore the fact that Erin recently scored a role on a new Freeform pilot. She’ll be playing a mysterious character in The Perfectionists, which is a Pretty Little Liars spinoff. That means Erin’s airtime could be affected in the months ahead. 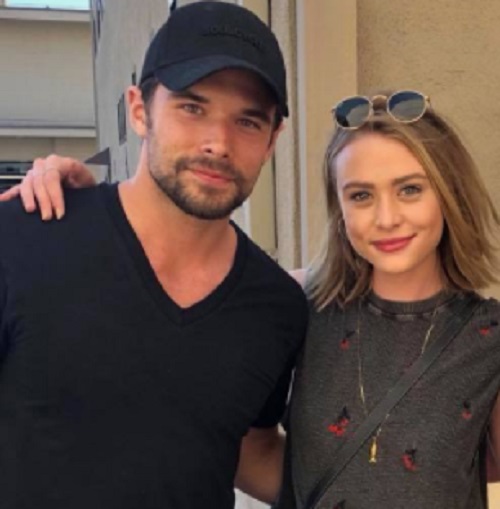 There’s a chance that Erin will leave the show entirely, so that’d dash any dreams of Kiki and Chase’s future together. However, Erin claims she’d like to do both shows. If she can make that work, General Hospital spoilers say she’ll need another love interest eventually. Why not Chase? He’s also single and ready to mingle.

GH even has a potential setup already in play. Creepy Dr. Bensch (James DePaiva) planted an unwanted kiss on Kiki and it looks like he has more drama in store for her. If she squeals or embarrasses him by turning down the shadow program, Dr. Bensch may use the voicemail she left against her. He could argue that Kiki was talking about a consensual act.

The dirty doc could even suggest that Kiki made her move against his wishes. Kiki may need a cop on her side, so Detective Chase could step up for her. He’s always committed to finding the truth and making sure justice is served.

This could kick off a Kiki and Chase pairing. What should we call this potential couple? “Kase” is an option, but Swickward’s rooting for “Chiki” according to one of his tweets. Whatever you want to call them, they’d be too cute! We’ll give you updates as other GH news comes in. Stick with the ABC soap and don’t forget to check CDL often for the latest General Hospital spoilers, updates and news.