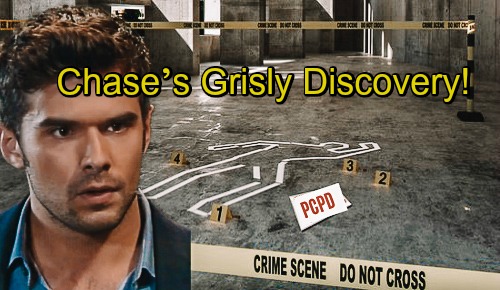 General Hospital (GH) spoilers tease that Ava (Maura West) will continue to get duped. She’s falling for Ryan’s (Jon Lindstrom) charade hook, line and sinker. “Kevin” has been leading Ava astray under the guise of helpful advice and support. Ava loves the fact that this fake Dr. Collins doesn’t judge her.

Unfortunately, Ava’s certainly not going to love what happens next! General Hospital spoilers say Ryan’s obsession will grow stronger. Ava is unlike any other woman in Port Charles, so it’s easy to see why Ryan’s so intrigued. He can sense that Ava’s got a hint of the same evil inside her. Ryan would like to see Ava embrace that part of herself and let any morals fall away.

However, GH viewers know there’s also a glimmer of good in Ava. She’s not going to with any awards for her parenting, but she truly seems to adore Avery (Ava and Grace Scarola). Deep down, Ava still loves Kiki (Hayley Erin) as well. She’s just not willing to let herself get hurt again. Ava would rather focus on her anger than dwell on her sadness and loss.

That loss may become an even greater one. General Hospital spoilers hint that Kiki will likely be killed off, but when? It could happen sooner than anyone expected. Before we get to that, let’s talk about some upcoming Ferncliff drama. During the week of October 29-November 2, Ryan will have quite a mess on his hands.

Word has it Mary Pat (Patricia Bethune) may bite the dust on Halloween, but nothing’s been confirmed just yet. It makes sense for Ryan to silence her on such a spooky occasion though. Alas, that may not be the only murder happening that week. Will Kiki suddenly become a victim, too?

On November 2, Ava will defend her actions. She might tell Ryan or someone else that she was right to cut Kiki out of her life. Ava could insist that Kiki’s dead to her, which might set up the shocker that follows. That same day, General Hospital spoilers say Chase (Josh Swickard) will make a grisly discovery.

It’s possible Ryan will stuff Mary Pat’s body somewhere, which might allow Chase to investigate at Ferncliff. Still, this info’s for fall sweeps and GH may want to let the bodies pile up quickly. Plenty of General Hospital fans have requested a “Chiki” pairing, so it could be a cruel parting gift if Chase finds Kiki’s corpse.

Regardless, it seems the horror has to come sooner or later. Hayley Erin isn’t sticking around, so this is a good opportunity for a death with emotional impact. Will Kiki’s goodbye be gruesome? We’ll give you updates as other GH news comes in. Stay tuned to the ABC soap and don’t forget to check CDL often for the latest General Hospital spoilers, updates and news.