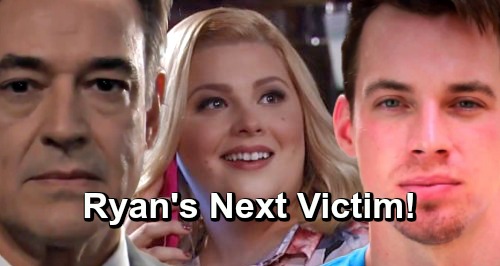 General Hospital (GH) spoilers tease that an intriguing return’s in the works. Chris Van Etten is headed back to GH as Amy’s (Risa Dorken) brother, Chet. This is interesting news since Chet’s been MIA for a long time. Amy has as well, but she’ll undoubtedly pop up again since Chet will be back on canvas.

Of course, General Hospital must have a good reason for making these them part of a story again. Unfortunately, the reason could be a sad one. We can’t forget that a serial killer’s on the loose in Port Charles.

Ryan (Jon Lindstrom) has already taken out Mary Pat (Patricia Bethune) and Kiki (Hayley Erin). Could Amy be the next victim on Ryan’s hit list? Will Chet return to mourn at Amy’s funeral?

Amy isn’t a major character like Kiki, so she probably wouldn’t get the full memorial service treatment. That’d probably be kind of repetitive anyway since we just watched one for Kiki.

However, Chet would absolutely need to be back for Amy’s demise. He loves his sister and would be devastated if she was brutally murdered. Amy would actually be a solid choice to kill off.

Kiki was an excellent murder victim choice since she mattered, but she wasn’t being used all that much. Her absence hasn’t really even been felt. Many General Hospital fans miss Kiki because they love her, but her departure wasn’t some crushing blow that the show had to recover from. It’s not like they let Ryan murder Jason (Steve Burton)!

Amy would fit also into that Kiki category. She’s not as beloved as Kiki, but we know Amy and would naturally feel sad because of that. Since Amy has disappeared lately, it’s not like GH is using her. They might as well kill Amy off and let Ryan’s reign of terror continue. It’d be another death that would matter, but General Hospital wouldn’t lose viewers over it.

If Jordan (Briana Nicole Henry) and Chase (Josh Swickard) inch too close to the truth, Ryan might throw them another curveball. Confusion is his friend!

Ryan has already killed a nurse from Ferncliff and a med student from GH. He could make it look like he’s targeting women in he medical field if he takes out Amy. Ryan could let the cops focus on a link that isn’t legit.

Then again, Amy might simply get in Ryan’s way somehow. If so, he won’t hesitate to eliminate the threat! Do you think Amy could be the next murder victim? Will Ryan kill her and set up Chet’s emotional comeback?