General Hospital Spoilers: Drew’s Next Love Interest Looms – Does He Belong with Kim, Margaux, Sam or Someone New? 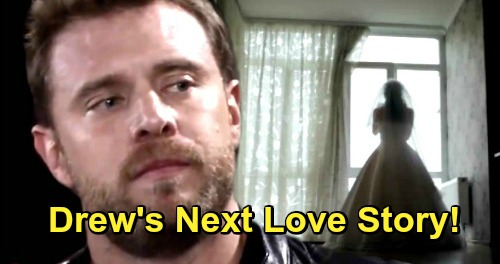 General Hospital (GH) spoilers reveal that there’s been a lot of focus on Jason (Steve Burton) and his loneliness in the soap world. Sam (Kelly Monaco) pushed Jason away initially, but she seems on board with an “us” now. It’s just going to take a while for these two to get on the same page.

Jason’s probably the most patient guy in Port Charles, so that shouldn’t be a problem. He’s expressed no interest in any other woman since he arrived back in PC. Jason only has eyes for Sam at this point, which may mean he’ll wait as long as it takes. They’re making progress, so hopefully they’ll get to a real reunion sooner or later.

However, we can’t forget about Jason’s heartbroken twin brother. Drew (Billy Miller) must be equally lonely if not more. At least Jason’s got Sam as a dream he can build toward. What does Drew have? A son who’s dying and an empty bed to go home to at night.

Oscar’s (Garren Stitt) situation has definitely hit Drew hard. He relies on Sam as a friend, but it’s not the same. Drew needs love in his life, but who can give it to him? There’s always a chance Sam’s feelings for Drew will develop into something more again. Many “Dream” fans out there are still hoping their faves will get back together.

Of course, Drew has a couple of other options on canvas. They’re worth taking a closer look at. As we mentioned, a “JaSam” reunion appears to be on the horizon. Drew may need another love interest until Sam potentially becomes available again. With that in mind, Margaux (Elizabeth Hendrickson) and Kim (Tamara Braun) are possibilities. GH laid some groundwork with each of them.

Margaux and Drew did some flirting early on, but the story shifted thanks to the flash drive leverage. If Margaux ultimately does the right thing and hands it over anyway, that could help Drew see her in a different light. He might see the good in Margaux and make his move eventually.

Kim is another love interest candidate. She’s been at odds with Drew lately, but that’s only because they both care so much about Oscar. They’re just finding different ways to express it and that’s sparking some conflict. General Hospital spoilers hint that Oscar may get the clinical trial and survive, which could bring this family together. Drew just might steal Kim’s heart away from Julian (William deVry).

GH has a large cast already, so they may not want to add any new love interest options for Drew right now. The show may work with what they’ve got instead, but you never know. Who do you think should be Drew’s better half? Does he belong with Sam, Margaux or Kim? Would you rather see Drew single until a better option surfaces?

General Hospital viewers will be eager to see if Drew has love in his future. We’ll give you updates as other GH news comes in. Stay tuned to the ABC soap and don’t forget to check CDL often for the latest General Hospital spoilers, updates and news.