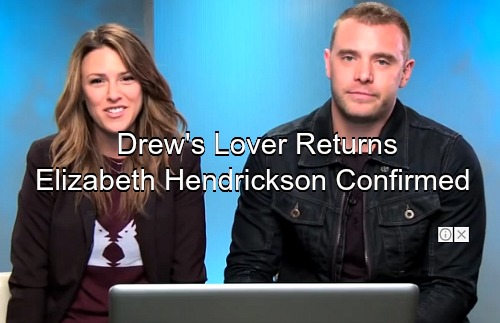 GH fans know Kim (Tamara Braun) is a former flame of Drew’s (Billy Miller). There’s no way to tell if she’s given Drew completely accurate info, so he’ll just have to remember and find out for himself. You can bet Drew will discover plenty of other shockers from his past. He may be taken aback by the love he feels for one woman in particular. 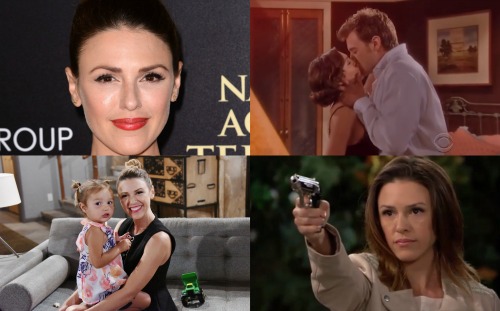 Elizabeth Hendrickson has been busy taping at GH and she’s expected to share scenes with Drew as CDL has reported over the past few weeks. Soap Opera Digest revealed that Hendrickson screen-tested with Billy Miller, so that’s pretty much a guarantee that they’ll spend time on screen together. It makes sense that General Hospital would want to throw Drew for a loop with a surprise love interest. That’ll lead to drama with Kim, too.

A script recently surfaced on social media and it also points to a previous romance for Drew. The names and details have been altered slightly, but it’s easy to guess who the characters are. “Chris” is an ex-Marine in his 30s who’s “resourceful, resilient, with a wry, self-deprecating charm.” That certainly sounds like a good fit for Drew. 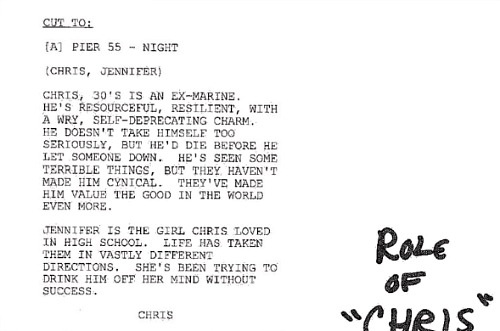 The other character featured is “Jennifer,” the girl “Chris” loved in high school. The script states that “Jennifer” often drinks in an attempt to get “Chris” off her mind. Unfortunately, that plan has never worked out for her. “Jennifer” just can’t let go of the love they once shared.

That doesn’t sound like Kim at all and there’d be no reason to disguise a script for her anyway. Instead, this seems to be Elizabeth Hendrickson’s character. The script was likely used during the audition process. The names were probably changed to protect the story somewhat during casting.

Of course, General Hospital viewers aren’t fooled! Now that we have this script leak and SOD’s proof that Hendrickson’s screen-tested with Miller, their characters’ romance is a done deal. We’ll give you updates as other GH news comes in. Stay tuned to the ABC soap and don’t forget to check CDL often for the latest General Hospital spoilers, updates and news.