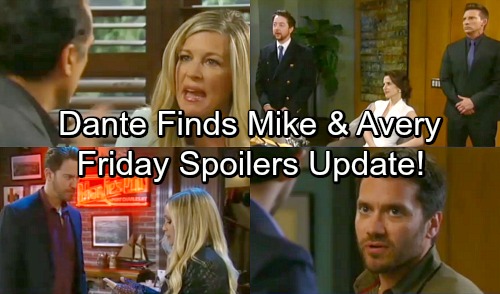 General Hospital (GH) spoilers for Friday, April 20, tease that Ava (Maura West) will still be a mess over Avery’s (Ava and Grace Scarola) disappearance. Her emotions are all over the place right now. Ava was enraged when she found out Avery had been left alone with Mike (Max Gail). Her anger eventually shifted to terror and despair, but she’ll be right back to anger soon enough.

At the police station, Ava will gripe about the lack of progress. She’ll feel like the cops should know something by now. Ava will rant to Griffin (Matt Cohen) and wonder why Jordan (Vinessa Antoine) isn’t running point on this. General Hospital spoilers say Griffin will try to calm Ava down again. He’ll offer some comfort and promise that they’re going to figure this out.

Meanwhile, Dante (Dominic Zamprogna) will follow up on a hunch. While contemplating the nanny’s statement, Dante got an idea about Mike and Avery’s location. Chase (Josh Swickard) will think they should fill everyone in, but Dante will insist they need to hold off on that. He won’t want to get anybody’s hopes up, but there’s no need to worry. Dante will indeed save the day!

Other General Hospital spoilers say Robert’s (Tristan Rogers) suspicions will grow in Switzerland. He’ll feel like Anna’s (Finola Hughes) keeping something from him and he’ll want to know what it is. Robert will suggest that Anna’s mission seems more personal than she’s letting on, so he’ll hope to pry some secrets out of her. 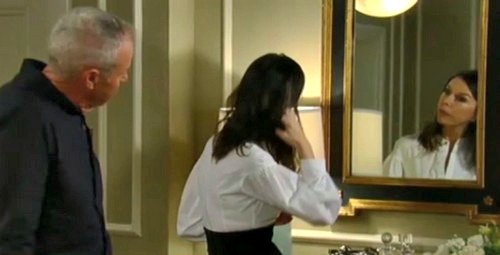 While Robert works on Anna, Sam (Kelly Monaco) will help Jason (Steve Burton) and Spinelli (Bradford Anderson). They’ll pop in the Swiss bank and try to pull off an elaborate plot. The man they speak with will seem perplexed thanks to their deception. Spin will confidently declare, “You and your bank are at my mercy!”

Sam will be dressed to the nines and it looks like Jason will pose as her bodyguard. It should be fun to watch the whole gang in action! Back in Port Charles, Lulu (Emme Rylan) will be in for surprise when she checks her email. She’ll tell Peter (Wes Ramsey) that the guy claiming to be Heinrik got back to her. 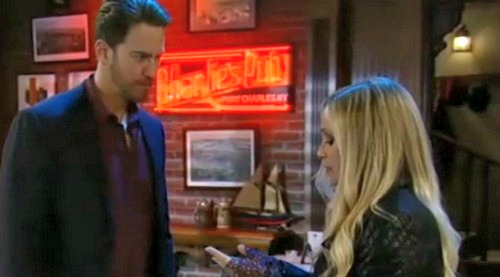 Peter will tell Lulu to take advantage of any info she gets. He’ll give her plenty of encouragement since this is all a big ruse. Over with Sonny (Maurice Benard) and Carly (Laura Wright), their fight will really rev up. Sonny found out about Carly’s trip to the cemetery, so his concerns are certainly growing.

Carly will be fed up with Sonny’s skepticism. She’ll assure her husband that all the clues are very real. Carly won’t understand why Sonny thinks she’s making this up in her head. GH fans can expect some emotional moments as Carly works to convince Sonny. She just wants someone on her side.