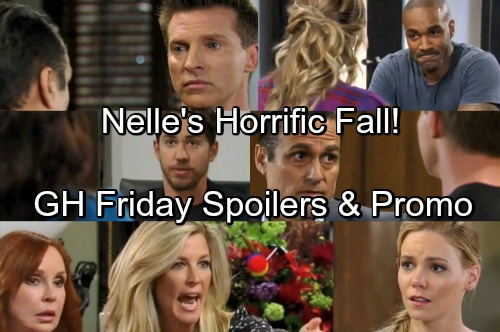 General Hospital (GH) spoilers for Friday, May 11, tease that Curtis (Donnell Turner) will have a delivery for Nina (Michelle Stafford). She recently called off the Peter (Wes Ramsey) investigation, but we all knew Curtis wouldn’t give up. Once he starts a case, he likes to see it through.

That’s especially true when Curtis’ friends are involved. Drew (Billy Miller) and Sam’s (Kelly Monaco) company could be at risk, so it was important for Curtis to keep digging. Fortunately, it looks like Curtis scored something big. General Hospital spoilers say he’ll earn Nina’s deep gratitude when he hands it over. 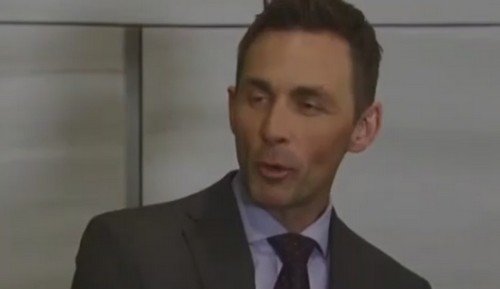 Meanwhile, Valentin (James Patrick Stuart) will confront Anna (Finola Hughes) about why she’s avoiding him. He’ll want to keep an eye on this threat and hopefully make sure she stays in the dark about Peter’s real identity. Valentin seemed like he was on the verge of cracking recently, but it seems he’ll settle down on Friday and focus on protecting himself.

Across town, Peter will have another chat with Sam. He’ll ask if she’s given any more thought to what they discussed, so maybe this involves her future at Aurora Media. Sam recently revealed she’d be sticking around despite her divorce. Peter seemed disappointed by the news, so he may wonder if there’s a chance Sam will change her mind. She’ll grow more suspicious if he keeps this up! 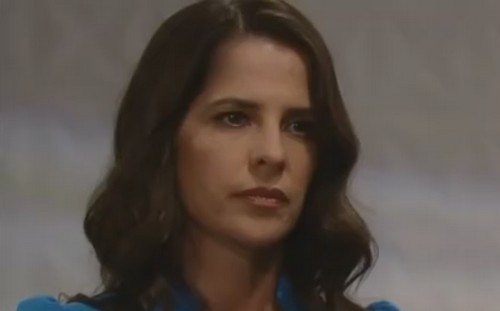 Other General Hospital spoilers say Carly’s (Laura Wright) outburst will continue. She wasn’t happy about Ava’s (Maura West) gift, but GH fans know Nelle (Chloe Lanier) was the mastermind. Ava was just as surprised as Carly when Nelle pulled out a penguin mobile. Of course, viewers will recall that Morgan (Bryan Craig) loved penguins. The show has reminded us many, MANY times!

Carly believes this was a deliberate attempt to hurt her, so she’ll keep blasting Ava. She’ll eventually rip into Nelle as well. Carly may assume Ava and Nelle were in cahoots on this. She’ll be furious when the other partygoers rush to Nelle’s defense. Carly will feel like Bobbie’s (Jacklyn Zeman) the only one who sees Nelle for the snake that she is.

Nelle will cry as she milks this drama for all it’s worth. Sadly, her plan will take a dangerous turn soon enough. Nelle will fall down the staircase and Carly will be blamed. Will Nelle’s baby survive this horrific tumble? Stay tuned to see if Michael (Chad Duell) and Nelle’s little one can pull through. 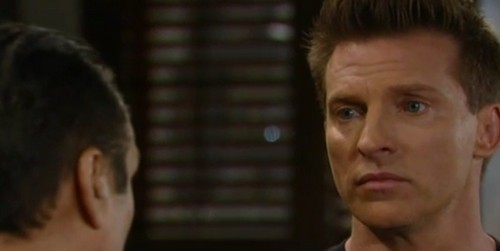 Over with Sonny (Maurice Benard), he’ll give Jason (Steve Burton) updates on the construction in Croton. Sonny will note that if someone digs up what he did, his life’s going to be blown apart. Naturally, Jason will promise to be there for his pal. He’ll insist they can fix this, so they’ll head out to the Croton field on next week’s new episodes, May 14-18. They’ll have no choice but to unearth the past.

It sounds like the excitement’s revving up in Port Charles. We’ll keep you posted as other GH details emerge. Stick with the ABC soap and don’t forget to check CDL often for the latest General Hospital spoilers, updates and news.