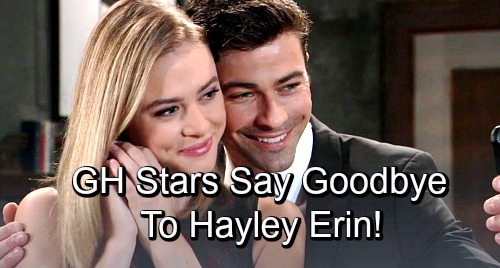 If you had any doubt about Kiki’s departure, you can put it to rest. General Hospital buzz had been pointing to Erin’s exit for months, but now it’s been confirmed by one of Erin’s own costars. On Instagram, Erin posted a pic from the set of her new Pretty Little Liars spinoff. She scored a role on Freeform’s The Perfectionists, so that’s why she chose to step away from GH.

In the comments, Eden McCoy (Josslyn) revealed that Erin has indeed left GH. “You’re beautiful but dangit we miss u girl,” McCoy said. Since Erin’s missed at General Hospital, she’s obviously not filming anymore. McCoy’s offering a goodbye in a way. Michelle Stafford (Nina) made her contribution by liking Erin’s Instagram post. It’s clear that Erin’s costars wish her nothing but the best! 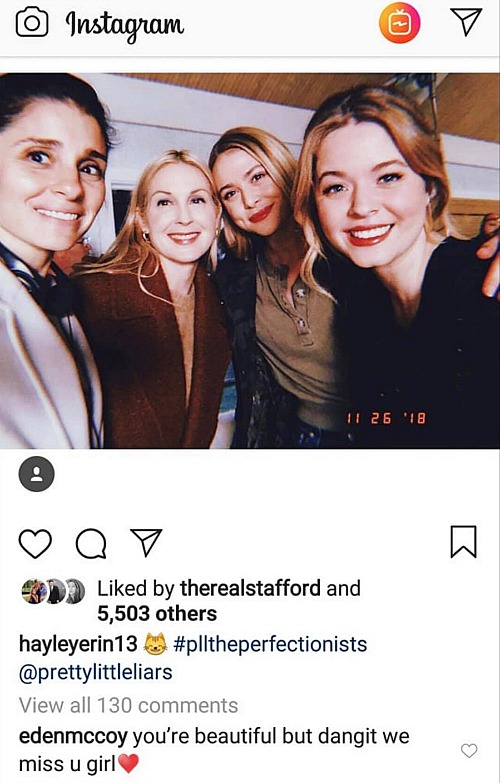 Erin herself even provided confirmation on her exit as Kiki through Twitter. She liked several posts from General Hospital fans who wanted to say farewell and thanks for the memories. Erin really made the role her own during her time in Port Charles. Even though this death was expected, it’s still hard to process. Kiki will certainly be missed by her loved ones in PC as well as many viewers at home.

You can bet Ryan will pay for his cruel plan sooner or later. General Hospital watchers won’t want to miss the aftermath of this death and the consequences for the killer. We’ll give you updates as other GH news comes in. Stay tuned to the ABC soap and don’t forget to check CDL often for the latest General Hospital spoilers, updates and news.