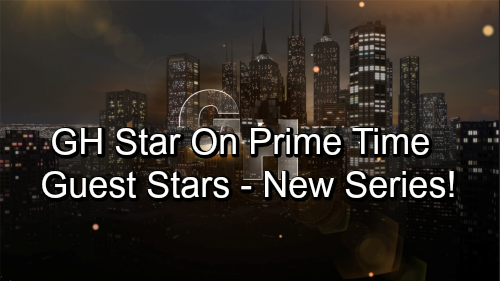 “Good Trouble” is set to air in 2019 and is a spinoff of the hit show “The Fosters.” Airing on Freeform, the show will follow the characters of Callie and Mariana Adams-Foster as they forge a life in Los Angeles five years after the series finale of “The Fosters.” Check out the trailer below!

Marc will guest star in episode 12 of “Good Trouble” as a character named Kamar. No word yet on what Kamar’s story will be or his relationship to the main characters on the show. But soap fans will definitely want to tune in to see Marc in a different role than he plays on GH.

Marc will be in good company as a guest on “Good Trouble,” as several other soap stars will be making guest appearances during the first season of the series. Specifically, Spencer Neville (ex-Derrick on Days), Molly McCook (ex-Margot, B&B), and Sheri Saum (ex-Keri Reynolds, OLTL) will be appearing on the show.

Marc Anthony Samuel has portrayed Felix DuBois on GH since 2012. He has kept busy with other projects, as well. In addition to his upcoming role on “Good Trouble,” he currently can be seen in the live interactive sci-fi adventure series “Orbital Redux” that can be streamed on Alpha.

Are you excited to see Marc in a new role? Stay tuned to the ABC soap and don’t forget to check CDL often for the latest General Hospital spoilers, updates, and news.