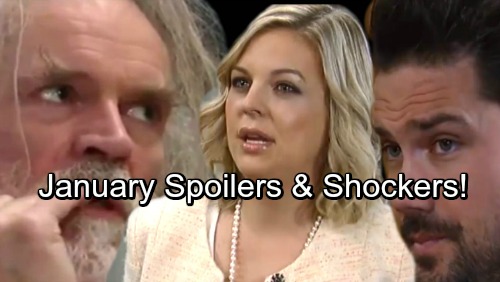 General Hospital (GH) spoilers reveal a new promo for this January from ABC. We see Anna Devane (Finola Hughes) and Dr. Hamilton Finn (Michael Easton) celebrating to never having a “dull moment”, as they give into their passion – and plenty of it! But fans are warned they should buckle up as the danger continues elsewhere on the GH landscape.

Sonny Corinthos (Maurice Benard) meets with Julian Jerome (William deVry) reminding him that he owns him “blood.” As CDL reported it was inevitable that another Corinthos – Jerome war would begin, especially now that Jason Morgan (Steve Burton) is back at Sonny’s side. 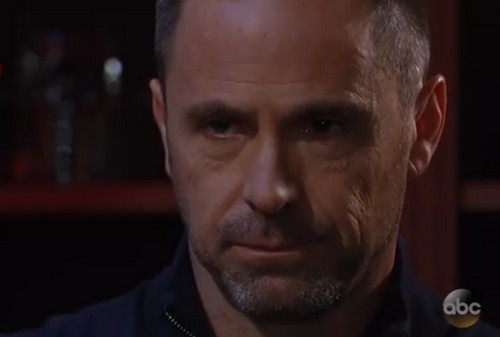 General Hospital spoilers tease that Cassandra Pierce (Jessica Tuck) remains in a coma, and although she nears her last air date, she has not been killed off, so the powers that be have left the door wide open for a possible future return.

The General Hospital promo video tells GH fans they should prepare themselves as the New Year has bombshells that keep on coming – and these ones are massive as Maxie Jones (Kirsten Storms) and her husband, Nathan West (Ryan Paevey) share shocking news with best friend Lulu Falconeri (Emme Rylan) about Nathan’s paternity. 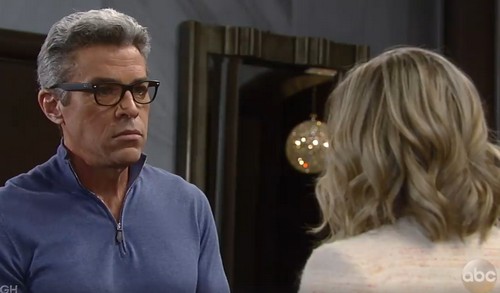 More shocking than that, Maxie begs Mac Scorpio (John J. York) to help her and Nathan disappear from Port Charles, in order to escape from the clutches of his newfound father, Cesar Faison (Anders Hove).

What does this mean for Maxie, Nathan and their unborn baby? Viewers of the ABC soap opera know that Faison will most definitely be coming for his grandchild, once he learns the truth. Is there any place on earth where Maxie and Nathan will be safe – you know there isn’t! Be sure to tune into ABC’s General Hospital (GH) to catch up on everything happening in Port Charles right now. Check CDL General Hospital spoilers often for updates, news, rumors and spoilers!