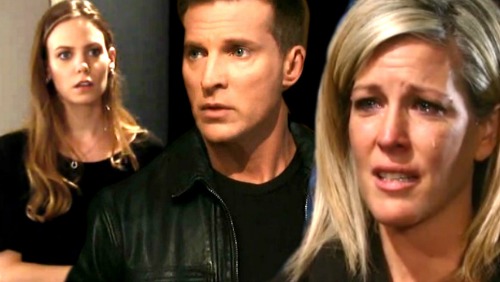 General Hospital (GH) spoilers tease that Carly (Laura Wright) will continue to fight Nelle’s (Chloe Lanier) bogus accusations. The staircase incident was an accident, but Carly will have trouble finding people in her corner. Sonny (Maurice Benard) certainly suspects Carly was capable of pushing Nelle. He’s seen first-hand how out of control Carly’s been lately.

Even Michael (Chad Duell) seems torn about whether his mom’s guilty or not. General Hospital spoilers say Nelle will get the support she’s looking for on May 24. After Carly’s next outburst, Michael may not longer be able to deny what he sees. He may fully believe Carly’s unhinged and responsible for Nelle’s suffering.

If there are some baby issues after all, that could obviously influence Michael’s opinion. Whatever the case, General Hospital spoilers say Carly’s headed to a mental institution. She’ll be a mess over her fate, but it sounds like that’ll be the best Diane (Carolyn Hennesy) can do for her. Carly could’ve ended up behind bars, so this will be a win in Sonny’s book. He’ll hope Carly will get the help she needs.

Thankfully, it appears Jason (Steve Burton) will remain loyal throughout all the drama. He’ll speak up for Carly when others won’t. Jason can’t prevent Carly’s psychiatric hospital stint, but he can promise to get her out there as soon as possible. His encouragement alone will give Carly strength. 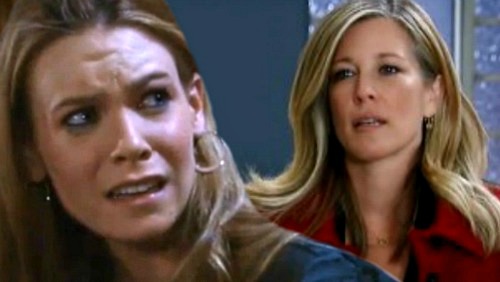 General Hospital spoilers say the Heinrik mission is wrapping up. Jason now knows Peter (Wes Ramsey) is the son of the infamous Cesar Faison (Anders Hove). Peter’s the one who held Jason captive, so “Stone Cold” will definitely want to address that. However, it won’t be long until this battle’s behind him. That’ll allow Jason to devote his full attention to getting Carly out of her jam.

Nelle’s worst nightmare is coming for her! Jason is a man who knows the value of revenge. He also doesn’t appreciate it when someone hurts the people he cares about. GH fans can expect Jason to work on bringing Nelle down. He may visit Carly to get advice on how to achieve his goal. 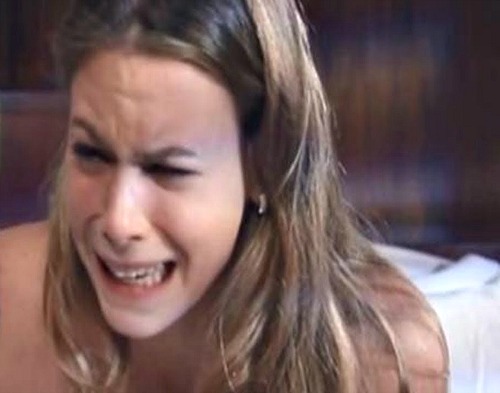 There might be some Zackary Grant drama involved. Many viewers are still convinced that Nelle killed her fiancé. Regardless, Jason could cook up some evidence to make Nelle look guilty. Perhaps Jason could also give Nelle a taste of her own medicine. A few Zack “hauntings” might drive Nelle off the deep end!

Maybe Nelle and Carly will trade places eventually. Once Carly scores her freedom, Nelle might be the one stuck in a mental institution. She’s bound to pay the price for hurting Jason’s bestie! We’ll give you updates as other GH news comes in. Stay tuned to the ABC soap and don’t forget to check CDL often for the latest General Hospital spoilers, updates and news.