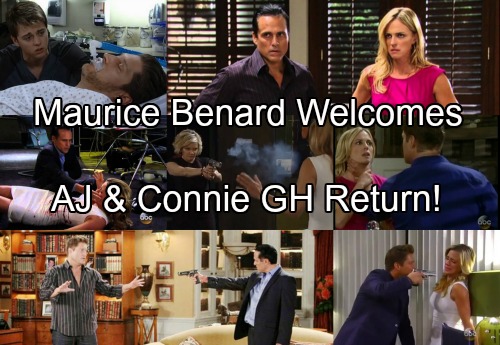 General Hospital (GH) spoilers tease that Sonny (Maurice Benard) will be sticking around Port Charles for a while. At a recent event, Benard revealed that another two or three years sounds about right. That’s plenty of time for Sonny to get involved in other juicy storylines. He’s a major player in PC, so he’ll be part of all the hot drama.

Now that Jason’s (Steve Burton) back as Sonny’s right-hand man, more plot possibilities have opened up. General Hospital spoilers say Jason and Sonny could get caught in some dangerous situations soon. It’s nice to see these two back in action, so maybe other returns would be a good idea. 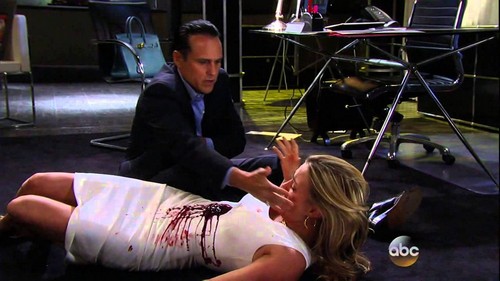 According to Soap Hub, Benard admitted that he be up for additional comebacks. He suggested that he used to have an issue with crazy return-from-the-dead stories, but they’re not a big deal to him anymore. “I’m fine with bringing back anybody,” Benard said. “I’m not like I used to be… you can bring back Connie, AJ, we’d have scenes that’d be really great. I’m all for that.”

Connie recently popped up in the form of Megan Ward during Ava’s (Maura West) anesthesia-induced nightmare. It was a fun way to put the character in the story again. Morgan (Bryan Craig) also shared scenes with Ava, so people have started discussing his long-term potential. Many General Hospital fans would love to see Morgan return permanently. 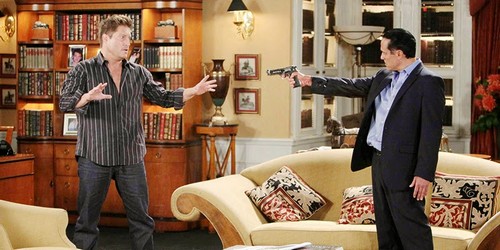 If nothing else, Morgan could have some fantasy scenes with his family members. GH could undoubtedly come up with a story that called for that. However, Benard specifically mentioned Connie and AJ in his comments. Those returns would provide interesting opportunities as well.

Sean Kanan (ex-AJ) used to play Deacon on The Bold and the Beautiful, but the show doesn’t have much use for him these days. Kanan might be up for bringing GH’s AJ back from the dead. If not, General Hospital could take a spookier route by letting AJ haunt Sonny. That certainly sounds entertaining!

Do you think General Hospital should bring back some old characters? Would you be on board for more Connie and AJ scenes? What about a permanent Morgan return? We’ll give you updates as other GH news comes in. Stick with the ABC soap and don’t forget to check CDL often for the latest General Hospital spoilers, updates and news.