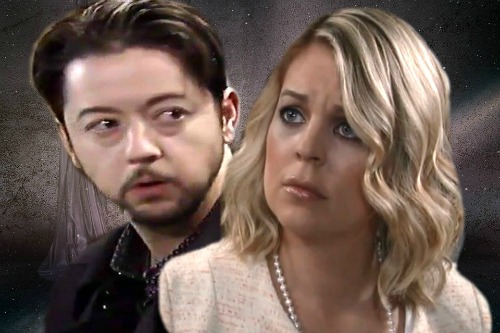 With the news that Ryan Paevey is leaving ABC’s General Hospital, GH fans need to prepare themselves for what this means for his character’s wife and baby that he leaves behind. It has already been confirmed Nathan will face grave danger, which could suggest kidnapping or death but, we also need to take into account Maxie’s dream of Nathan running after their abducted baby and shots fired, and then nothing… Is this a premonition of his impending death?

GH spoilers tease, what will become of Maxie? Viewers know that Maxie has proven she can be tough and has a lot of family to surround her, but it looks like the one person she should have be able to count on, was the one who brought this on her family – Lulu!

General Hospital sources are buzzing that former non-husband, Damian Spinelli (Bradford Anderson) is likely returning to Port Charles full-time. GH fans have been thrilled to see him working so closely with Sonny “The Godfather” Corinthos (Maurice Benard) and Jason “StoneCold” Morgan (Steve Burton), to figure out who wrote PK Sinclair’s “The Severed Branch” and find the elusive Faison.

GET OUR EXCLUSIVE CDL UPDATES BY CLICKING RIGHT HERE!

Although it’s a great loss to see Detective Nathan West leaving the show, most GH viewers still miss the quirkiness of Spinelli and the way he continues to dote on Maxie. Those two have got to be the oddest couple, but they simply work. There hasn’t been much talk about Spinelli’s significant other, Ellie Trout (Emily Wilson) lately, which probably means their relationship is over or at least forgotten.

General Hospital Spoilers tease that the stars couldn’t have aligned themselves better when it came to Spinelli and Maxie. She will be mourning the loss of Nathan, she is vulnerable and alone. Spinelli is back in town and the only one who makes her feel safe. It only seems logical that she would turn to him, during these difficult times. Who doesn’t want to see this super cute “non-couple” reunite?