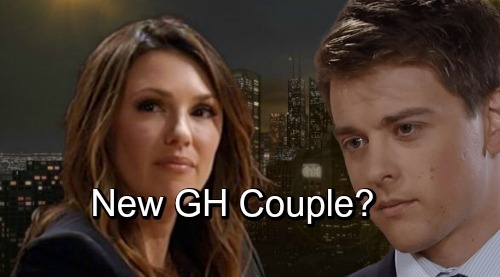 General Hospital (GH) spoilers tease that Michael’s (Chad Duell) taking charge of a tricky situation. No more Mr. Nice Michael! His ordeal with Nelle (Chloe Lanier) and the loss of Jonah have hardened him a bit. Michael’s got a good heart, but he certainly has his limits. Margaux (Elizabeth Hendrickson) is walking on thin ice, so Michael wanted her to know it.

During their recent conversation, Margaux planned to connect with Michael. She hoped he’d be an ally since Sonny (Maurice Benard) killed both of their biological fathers. However, Michael shut down that idea. He assured Margaux that Sonny wasn’t the one she needed to worry about.

Michael intends to take care of the matter himself if this keeps up. He feels like he can handle Margaux legally and legitimately. Still, that doesn’t mean Michael won’t resort to some sneakiness. GH fans will recall how Michael took Nelle down. It was all approved by the PCPD, but he still duped her with a fake marriage and a ton of other little things along the way.

General Hospital spoilers say Margaux’s storyline will come with some interesting twists. Will Michael be one of them? Could he throw her plan for a real loop? Michael can only mope around and gaze in nursery windows for so long. If GH isn’t going to reveal the baby swap anytime soon, they might as well let Michael get involved in another plot.

Many viewers commented on the chemistry between Michael and Margaux. It’s possible the show was doing an onscreen chem test with that scene. Michael’s mature for his age, so it makes sense to put him with someone a smidge older. Since Michael’s obviously willing to feign feelings with a goal in mind, maybe he could do it again. Nelle’s been taken down, so is Margaux next?

Of course, Margaux has a good reason for going after Sonny. Nelle was just nuts and out for a big payday, but Margaux’s hurting. General Hospital wants to make Sonny the victim here, but let’s not forget that he’s a murderer. He can play the blame game all he wants, but facts are facts.

Michael might see that in time and soften toward the DA, despite whatever he cooks up. Could Michael actually fall for Margaux and spoil his own scheme? That could definitely bring some fierce conflict with Sonny, but maybe Michael could convince her to back off. Then again, Michael might be blinded by love and let Margaux do her thing. She deserves justice!

Margaux and Michael might make a decent pair, so stay tuned to see where this leads. We’ll give you updates as other GH news comes in. Stick with ABC soap and don’t forget to check CDL often for the latest General Hospital spoilers, updates and news.